Over a dozen GRIC veterans made the journey to Washington, D.C., for the dedication of the Smithsonian Institutes National Museum of the American Indian (NMAI) National Native American Veterans Memorial on Nov. 11, Veterans Day.    The GRIC delegation featured members of the Haskell Osife-Antone American Legion Post 51 and Ira H. Hayes American Legion Post 84.

The dedication featured a procession from the NMAI to the National Mall lawn for the formal dedication ceremony.

More than 1,500 Native veterans from every military branch participated in the procession, including the GRIC delegation.

“It feels amazing and I’m honored to be here today and pay respect to those that came before us and those that will come after us,” said Gary Rodriguez, a U.S. Army veteran from District 1.    He enjoyed celebrating Veterans Day with GRIC members and other Native veterans.

Rodriguez served in Operation Iraqi Freedom, where he was wounded in Al-Fallujah.    He met others that served in Iraq and made new relationships with those veterans while in Washington. “There’s a lot of camaraderie here, it’s a very inclusive community here, it’s great to network and support other tribes here because we only get stronger when we’re together,” said Rodriguez.

“Being here today in D.C. on Veterans Day is rewarding, being here among other Native Veterans is exceptionally rewarding, and to be honored is fantastic,” said Gary Anderson, a retired U.S. Army veteran from District 3.

The National Native American Veterans Memorial, named “Warriors’ Circle of Honor,” features a vertical steel circle balanced on a carved stone drum. In addition, the designer Harvey Pratt, Cheyenne and Arapaho Tribes of Okla. incorporated water for ceremonies visitors may hold, benches for gathering and reflection, and four 14-foot lances where veterans, family members, tribal leaders, and others can tie cloths for prayers and healing, according to the NMAI website.

Pratt is a Vietnam veteran and served from 1962 to 1965 with the United States Marine Corps.    Drawing from his military experience, Pratt designed the memorial to create space for veterans and their families to gather, heal, reflect, and honor the extraordinary service and sacrifice Native American veterans have given to this country.

“Unfortunately, in American society, for the most part, American Indians are pretty invisible,” says Cynthia Chavez Lamar, NMAI Director. “The memorial is one way to represent, to make us visible.”

During her remarks, Chavez Lamar shared that of the 18 submitted designs, Pratt’s was selected.    And in the early stages, NMAI consulted with 12,000 Native veterans across 16 states, including the District of Columbia.

“I felt proud to see our GRIC veterans march along the National Mall with other Native veteran groups,” said Gov. Lewis.

“Indian Country has always answered ‘the call’ first and in greater numbers than any ethnic group in the country, from the Revolutionary War to the War on Terror, so it was great to see that legacy of service on display in the nation’s capital in honor of the new monument.”

The Community was one of many tribal communities to support the memorial’s construction.    Gov. Lewis commends the past GRIC Community Council leadership for recognizing this important investment.

Gov. Lewis stated, “As governor I was so proud to see the memorial and know that the Community was one of the first sponsors of the memorial that will recognize and pay tribute for every Native veteran that has served and remember those that gave the ultimate sacrifice in service to this country.” 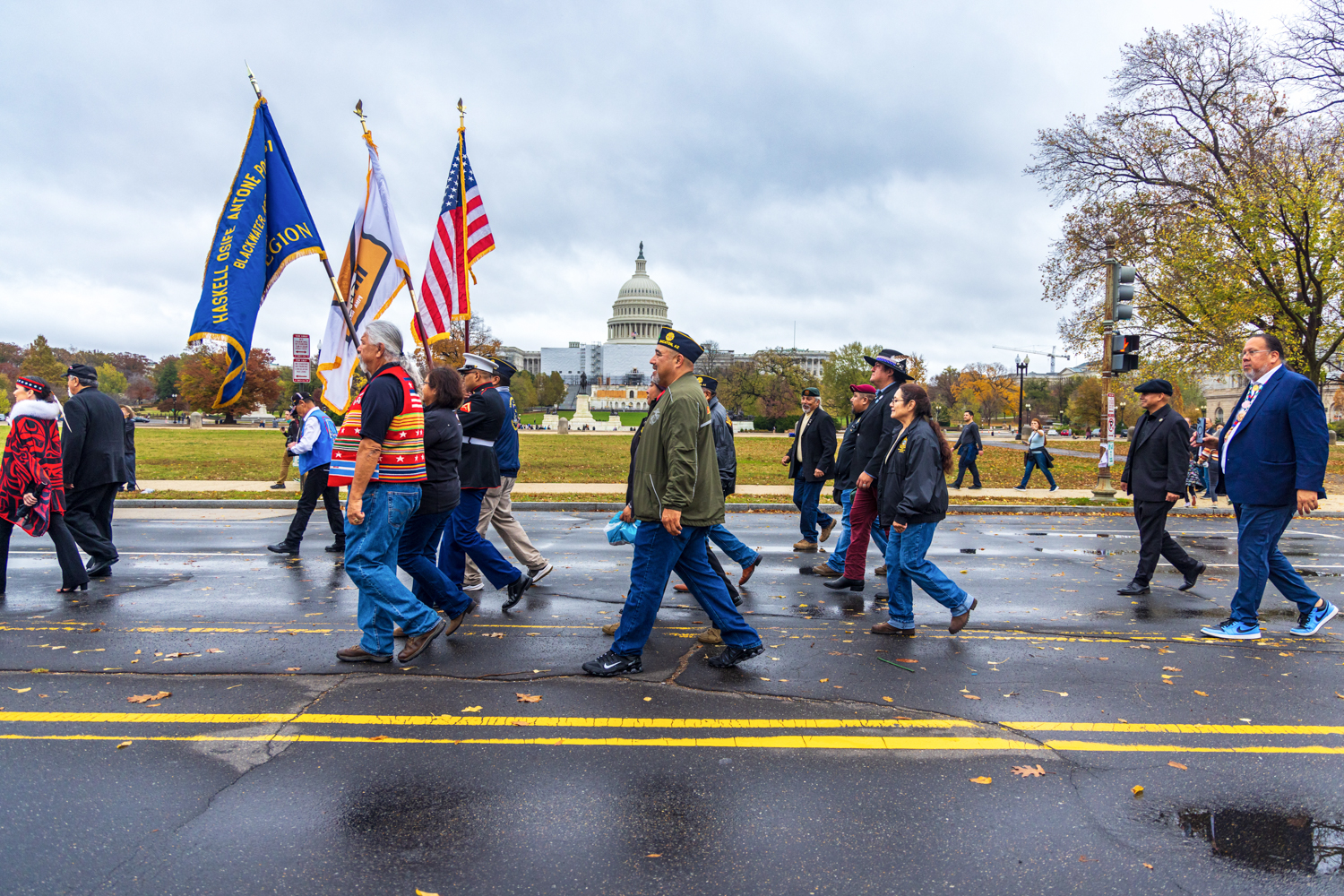 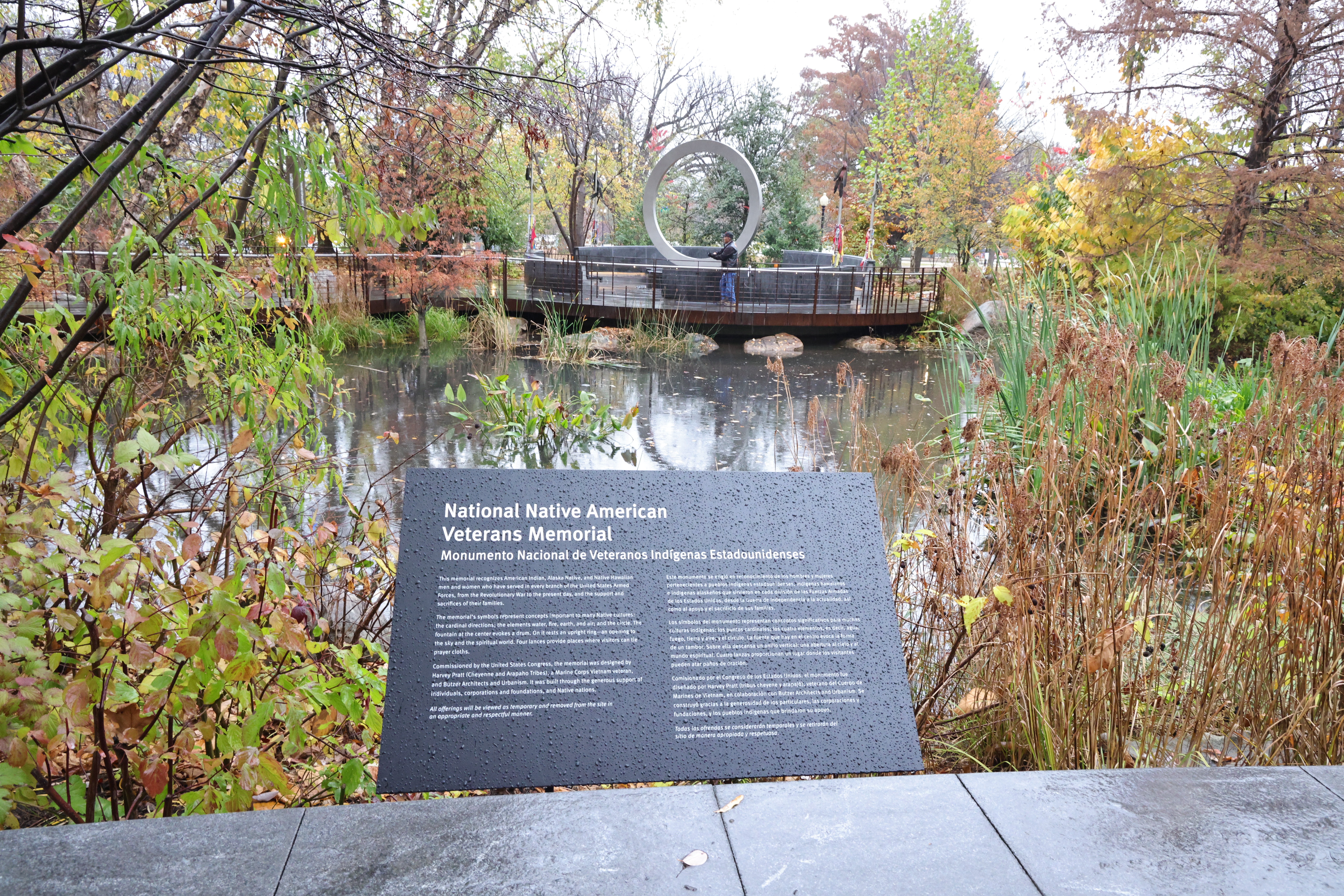 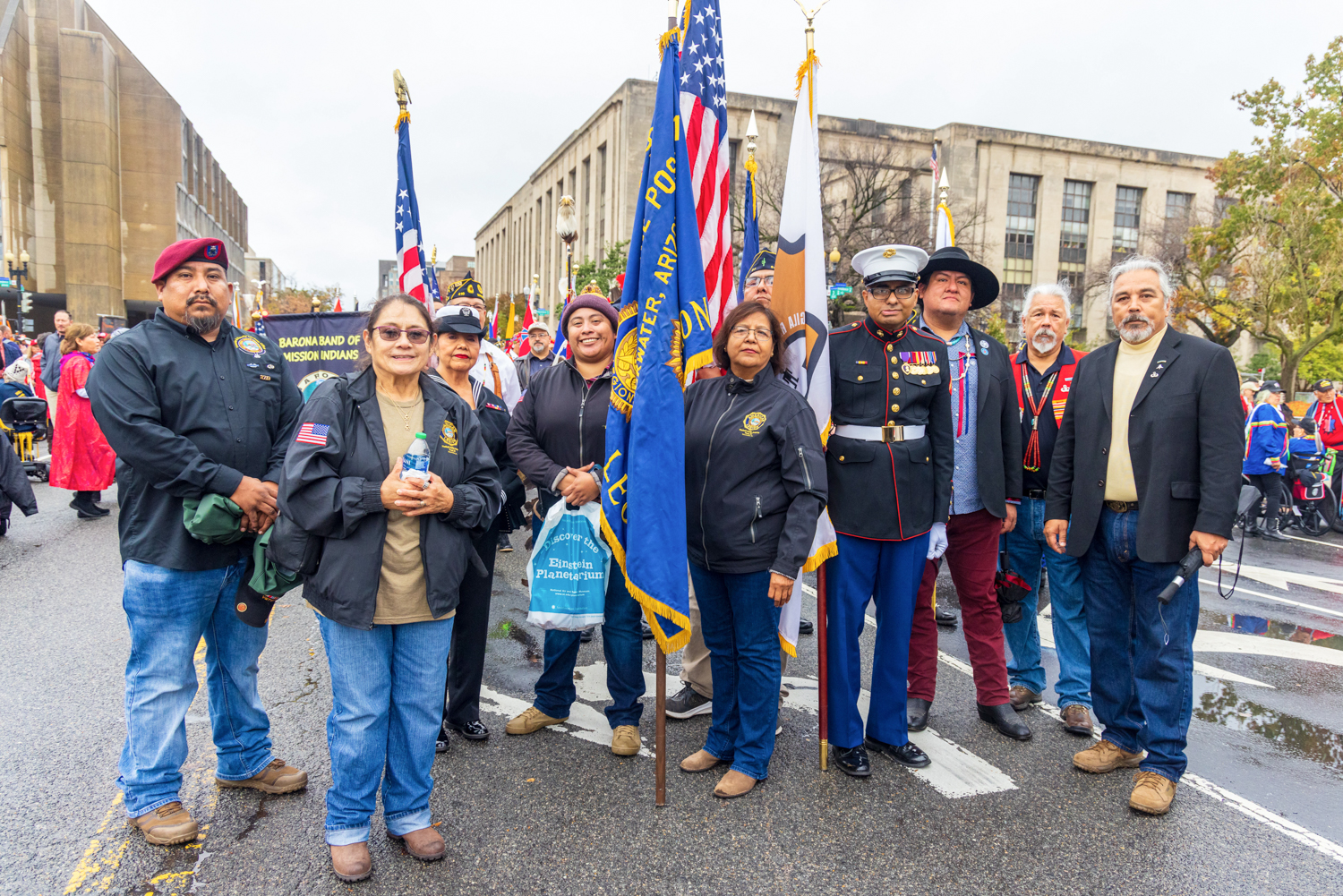 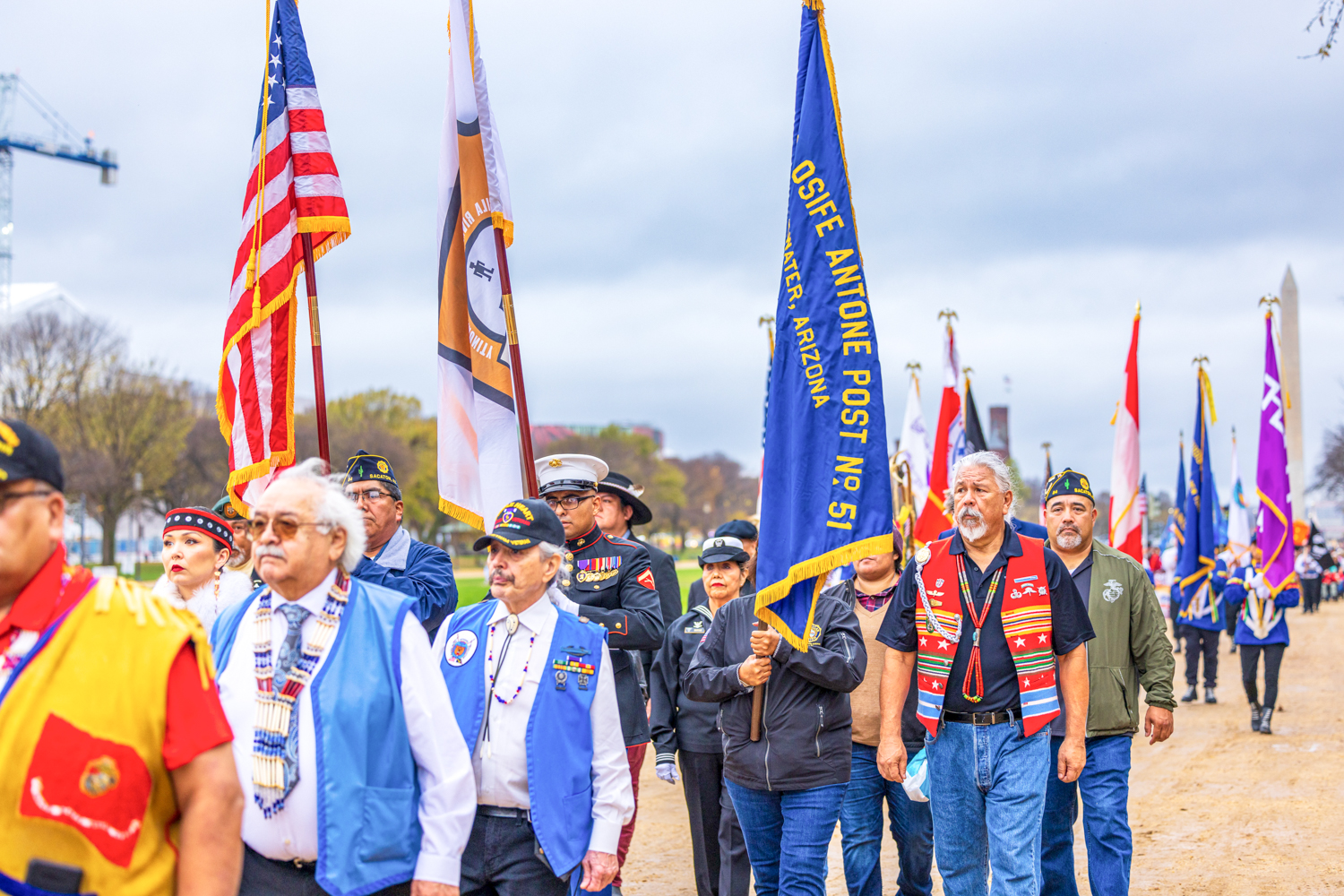