Across the nation, millions exercised their civic duty and went to the polls on Tuesday, Nov. 8, for the midterm elections.  Arizona voters decided who would lead in significant leadership roles in the state, including Arizona Governor, numerous Senate and House of Representatives seats, and ballot measures.

Six polling sites were available in the Gila River Indian Community to ensure the Community’s voice this heard election season.

This year volunteers from Native Vote, a nationwide voter campaign, were stationed at each polling site throughout GRIC.  Their efforts ensured that every person had an opportunity to vote that day and assisted voters by answering any questions they had before entering the polls.  In many cases, voters weren’t sure if a tribal identification card would serve as a proper form of ID to vote, which it is.

Chia Beetso volunteered through Arizona State University’s Sandra Day O’Connor Indian Law Clinic, and set up in District 4. She provide support so that anyone that wants to vote can vote.  Additionally, Native Vote was also present to monitor any forms of voter intimidation.

During her shift, she helped over 60 voters.  She noted that District 4 had a substantial number of voters that morning and was excited that so many GRIC members voted.

“Historically, people don’t usually vote during the midterms, so it’s great to see so many voters today because we need to make sure we vote in good Arizona state senators and representatives,” said Beetso. “The more we [Native Americans] can get out and vote, the better we are to get our voices out and heard, served, and protected.”

In Arizona, many races were contentious, with official results not being announced until the weekend in some cases.

For some of the bigger races, Katie Hobbs was elected to serve as the new Arizona Governor, Sen. Mark Kelly was reelected, and Rep. Tom O’Halleran was defeated for Arizona’s Congressional District 1.

All three campaigns visited the Community during the “Get Out The Vote” rallies held from Sept. to Oct. and made a point to include GRIC in their leadership scope, if elected. 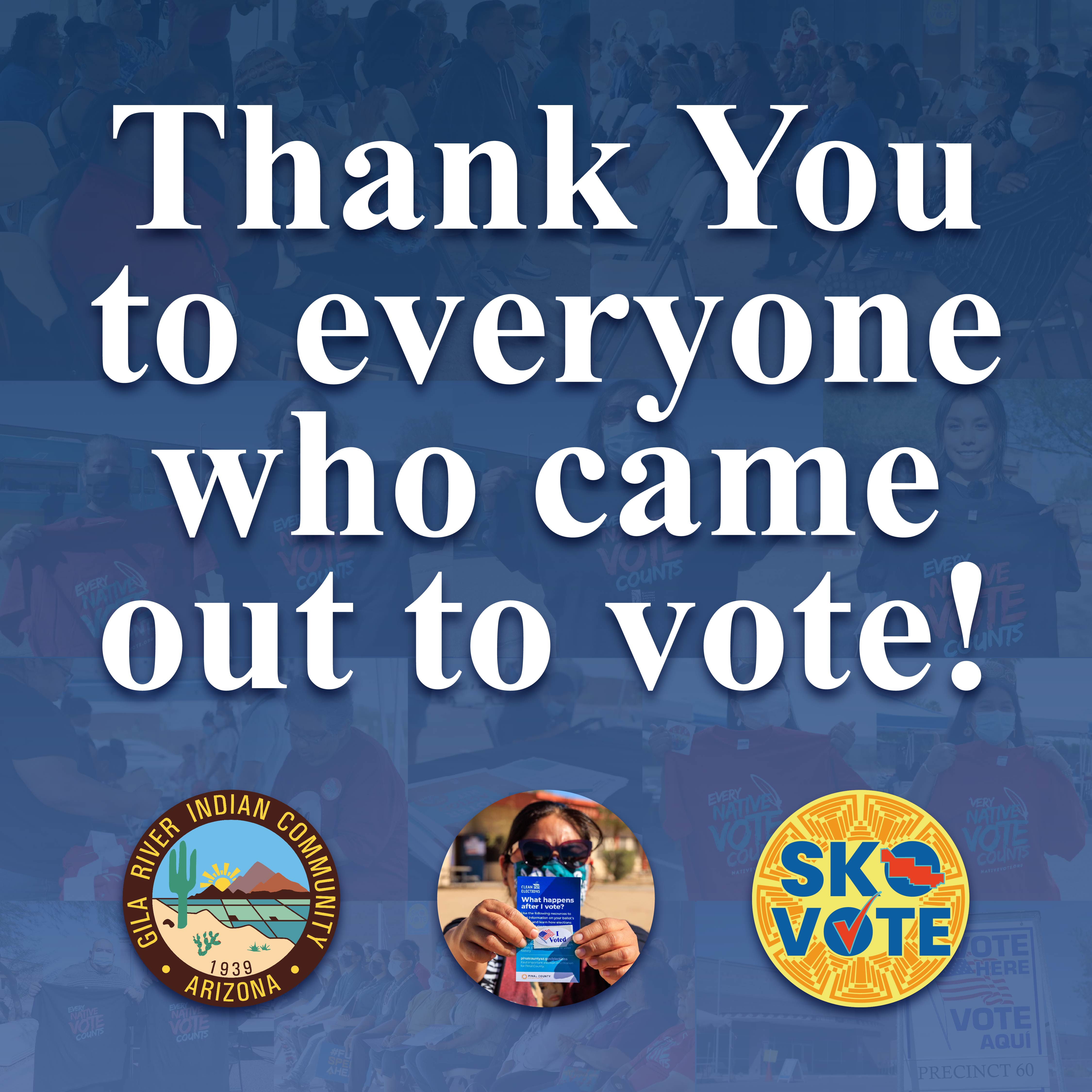