Etsitty was born on the Navajo Nation in Fort Defiance, Ariz. He moved to the Gila River Indian Community when he was three.

“I pretty much lived here most of my life,” he said.

“It’s an honor to be here and be part of the celebration,” said Lt. Gov. Monica Antone, “It’s a very high honor to pin Sgt. Sage Etsitty Jr.”

Etsitty, served in the USMC for four years and was honorably discharged in 2020, receiving a promotion from Corporal to Sergeant.

Unfortunately, his official promotional ceremony faced delays due to the pandemic and other technical delays.

Etsitty was introduced to the ROTC program while attending Hohokam Middle School in Coolidge.

“That’s what really kickstarted everything for me, making the decision to join the Marine Corps.”

He later joined the JROTC in high school, putting all his time and energy into it. Some of his friends recall him stating he would be “the best native cadet.”

After graduating high school, he enlisted and was shipped off to boot camp with the full support of Post 51.

“They gave me advice to get prepared for what’s to come and just pushed me through every day and keep moving forward.”

Utilizing the leadership traits and principles he learned in high school helped lay the foundation for his goals. He was then assigned to a job as a cyber network operator in the Marine Corps.

“From there I kind of just like figured out this is something I want to do,” he said, “I think this is a good career to start off. And I honestly got very fortunate, very lucky to be landed in a field of computers.”

After his discharge, he moved to Virginia for a year. He attended the Microsoft Software & Systems Academy (MSSA), which offers a unique program for Veterans to learn technical and soft skills like communications, resume building, and more.

After completing the program, Etsitty acquired a obtain a job with Microsoft.

“That Microsoft program and my experience in the Marine Corps. definitely helped me, set me up, and now I’m working remotely.”

He says one of the key things he has learned throughout the years is to empower others and go back to your community and empower the community that you represent.

“That’s been my goal for the most part, and that’s where I’m at right now just networking, letting people know what I did and be a helping hand to be able to get them somewhere.”

Etsitty thanked Post 51 and Auxiliary Unit 51 for his promotion and all the continued support.

“I’ve always wanted to make them proud and show them that I can do this. We can all serve and help the Community and help veterans together, So I’m very proud to be among them.”

“They’ve been there since the beginning and they’ve been very helpful in staying in touch with me.” Sgt Etsitty stated. 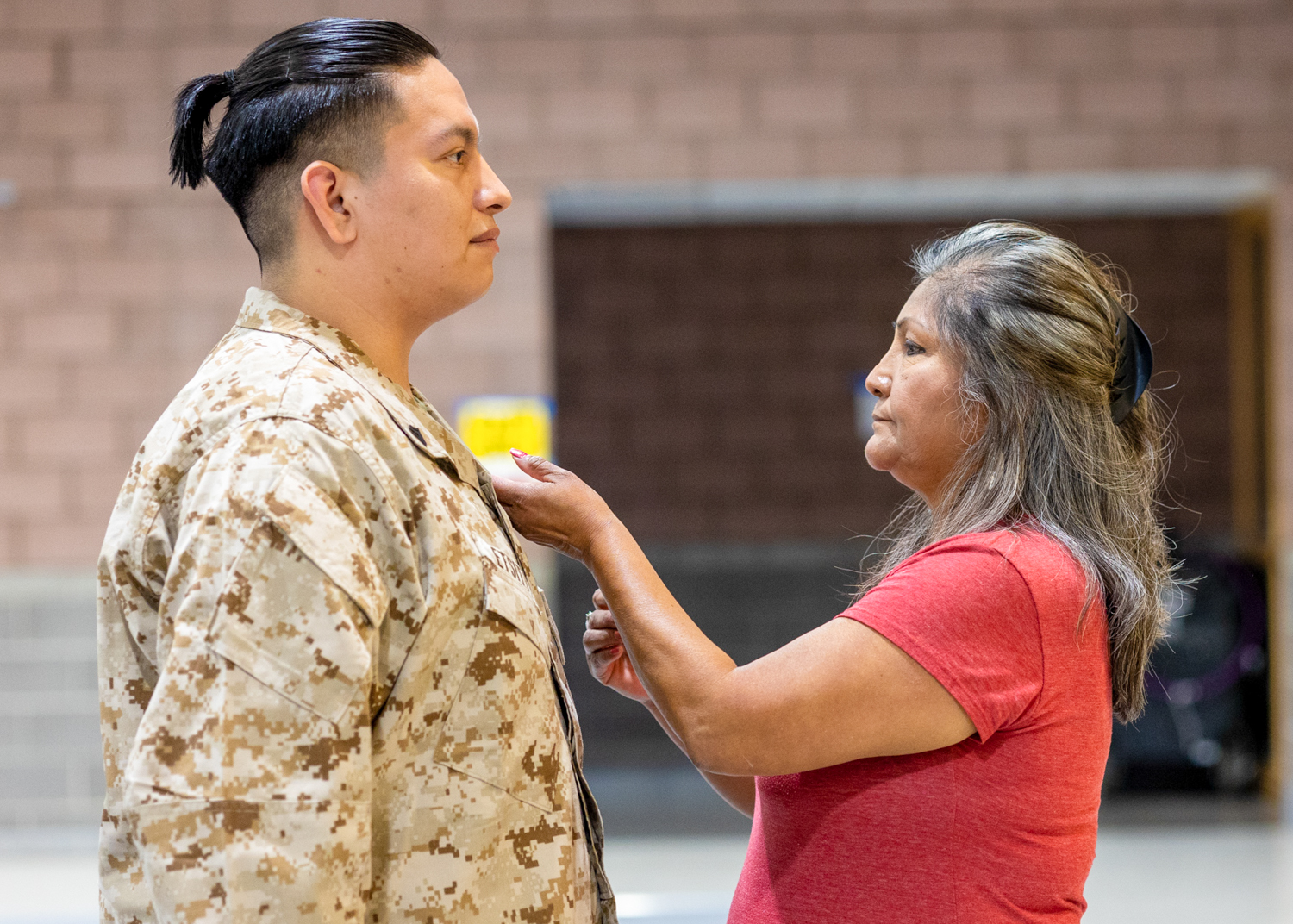 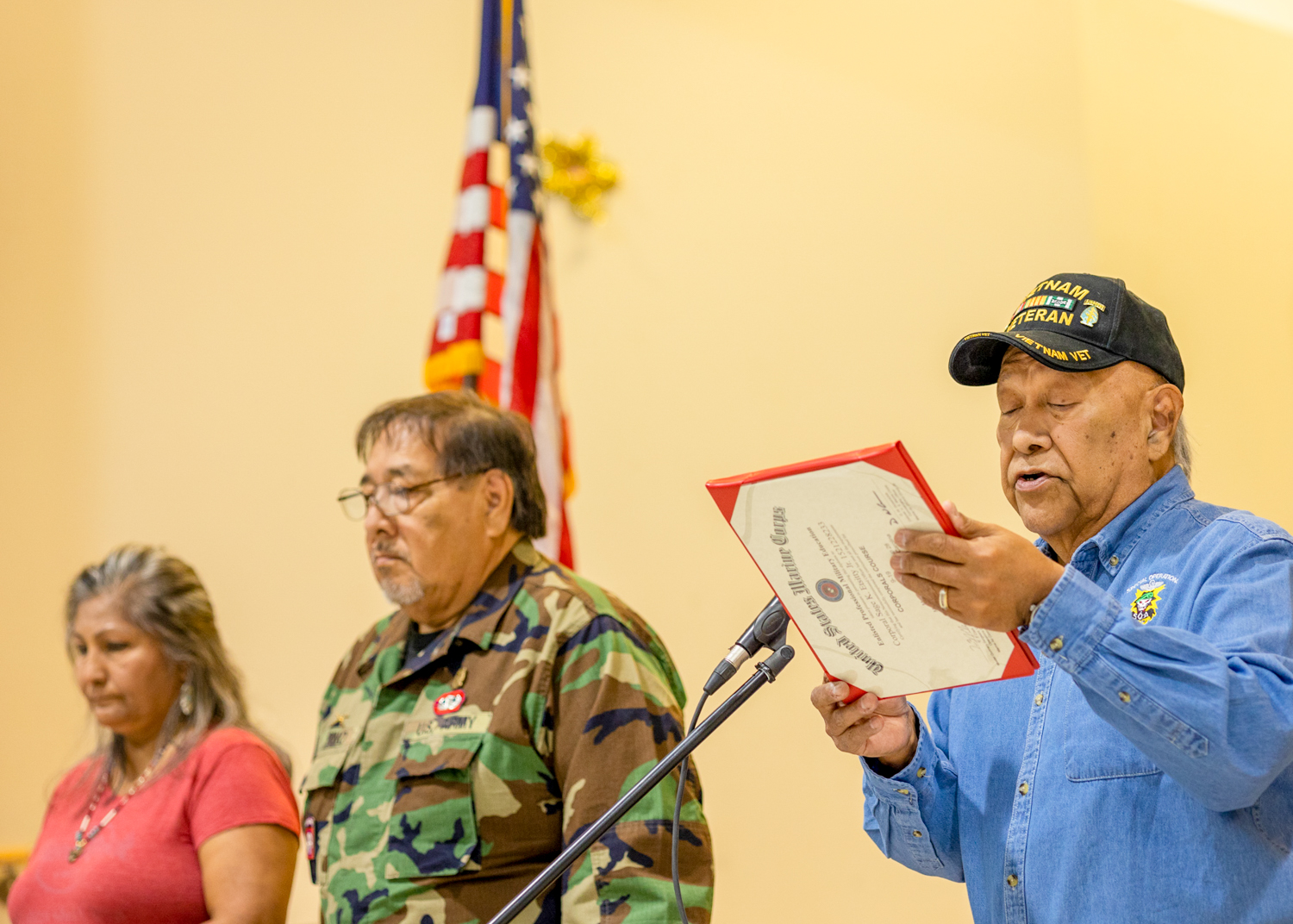 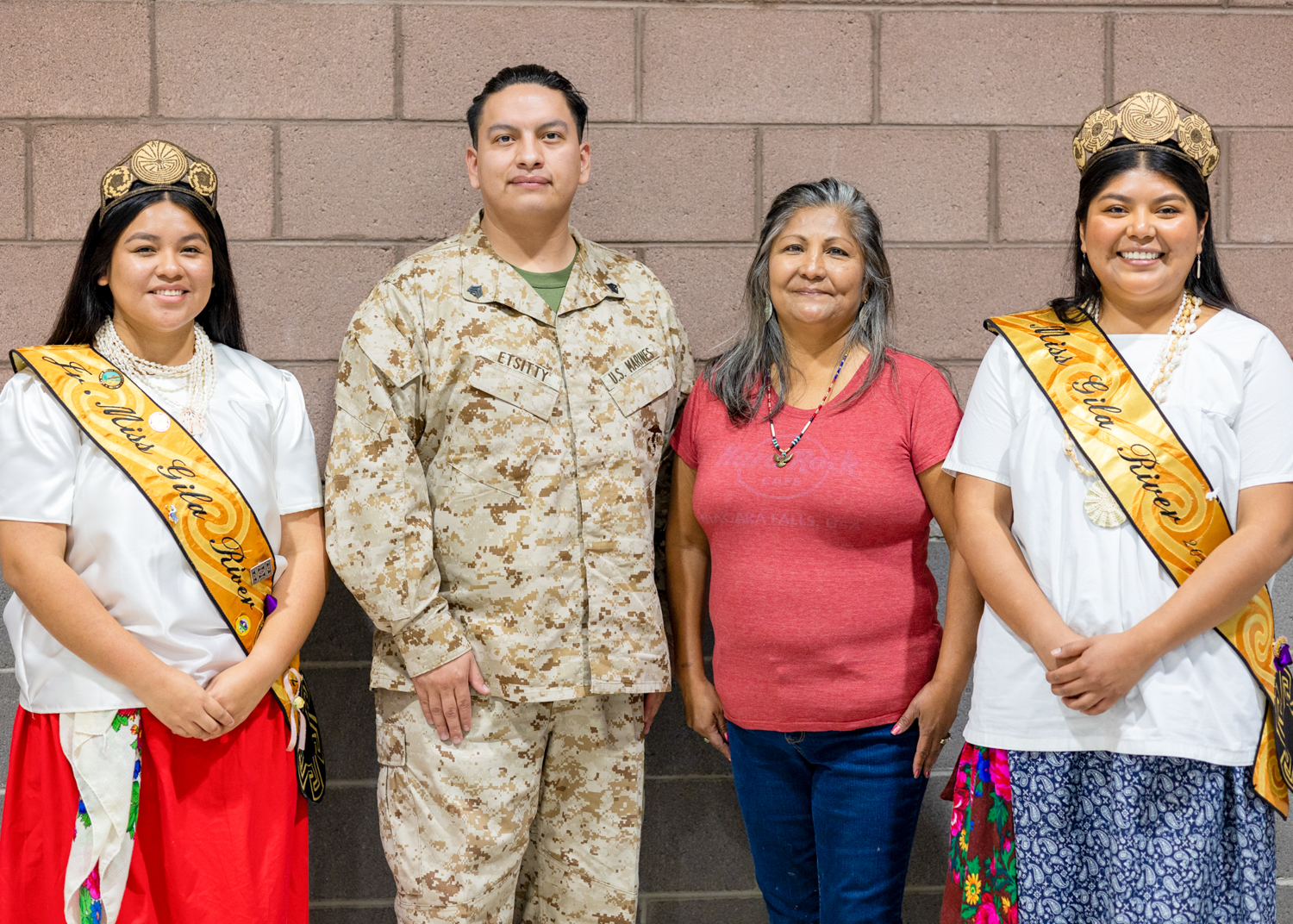