Over 100 women participated in the two-day, 65-mile journey which began at sunrise in District 7 with a blessing near the Pee Posh wetlands at the confluence of the Gila River and Salt River.

“All your prayers combined will help each and every one of you,” said Pamela Thompson, co-founder and coordinator for the run. This year’s theme focused on gratitude.

“I’m very excited to be here with all these women and to pray. It’s something I’ve been needing, so I’m very thankful for the people that put it on,” said first time participant, Alena Nahsonhoya, GRIC member from District 5.

“I am doing it for prayers for my Community, for people that are lost in our Community with drugs and alcohol, people that we’ve lost, and loved ones,” said Nahsonhoya, who also runs in honor of her grandfather, the late Cecil Lewis Sr., who passed away this summer.

Lena Hutchinson, District 4, has been participating in the run for a few years and continues to return.

She said, “When I first started, I wasn’t a runner and this is what got me going.”

Hutchinson typically dedicates the first day to herself, offering prayers for her to be a good mother, friend, sister, and daughter. On the second day, she is joined by her five daughters to finish out the run.

“I love the prayers about it. You know, you come in with heavy shoulders and us as women, we carry a lot,” said Hutchinson, “After this run, a lot is taken off our shoulders and you can feel the weight when it’s lifted off. That’s one of the reasons I continue to do this run.”

The run which is relay style for the majority, brings together women of all ages in unity for prayers for one another, their Community, and themselves.

Samantha Tashquinth, District 4, has been an active runner for the past five years and is joining the Women’s Prayer Run for her fourth year. She is running for suicide awareness and sobriety this year.

“I sacrifice my own body as prayer,” Tashquinth said.

The women proceeded through District 7 and District 6, with a visit and lunch  at the Gila River Health Care’s Residential Treatment Center before proceeding to a campsite for the night in Sacate Village in District 5.

Stephanie Burnett-Antone, District 5, currently resides in Ak-Chin and returned for this year’s run. She was one of the few chosen to run for her district last year when the run was limited to attendees due to COVID precautions.

“Last year we did it virtual, but we had a group still of maybe 15 runners,” she said, “We ran in District five, which for me was very powerful because of everything that was going on, I felt our district needed prayers.”

This year’s run continued through District 5, which in past years wasn’t always incorporated in the route.

Martina Baptisto, from the Tohono O’odham Nation, has been joining the run for eight years now.

“It’s helped me throughout the years. I met so many ladies that I can call my sisters, you know, it’s just a good experience for women,” Baptistio said, “It’s always good to see a lot of new women coming in and joining us.”

The run continued on through District 5 with a stop in District 3 at the Matthew B. Juan – Ira H. Hayes Veterans Memorial Park for lunch.

With each stop made more women joined the run, continuing on through District 2 and concluding in District 1 with a meal at the Multipurpose Building.

Hutchinson encouraged other women to join for next year’s run, which will also celebrate the tenth year.

“We have women of all ages that come, women that haven’t ran for years, women that will run not even a quarter mile,” said Hutchinson, “We go at the pace of the person that’s going to be the slowest, which is good.”

She said “I just want to say thank you to everybody that participated and that came out and decided to run. I think it’s amazing to see what us women can do when we all get together and show our support for one another.” 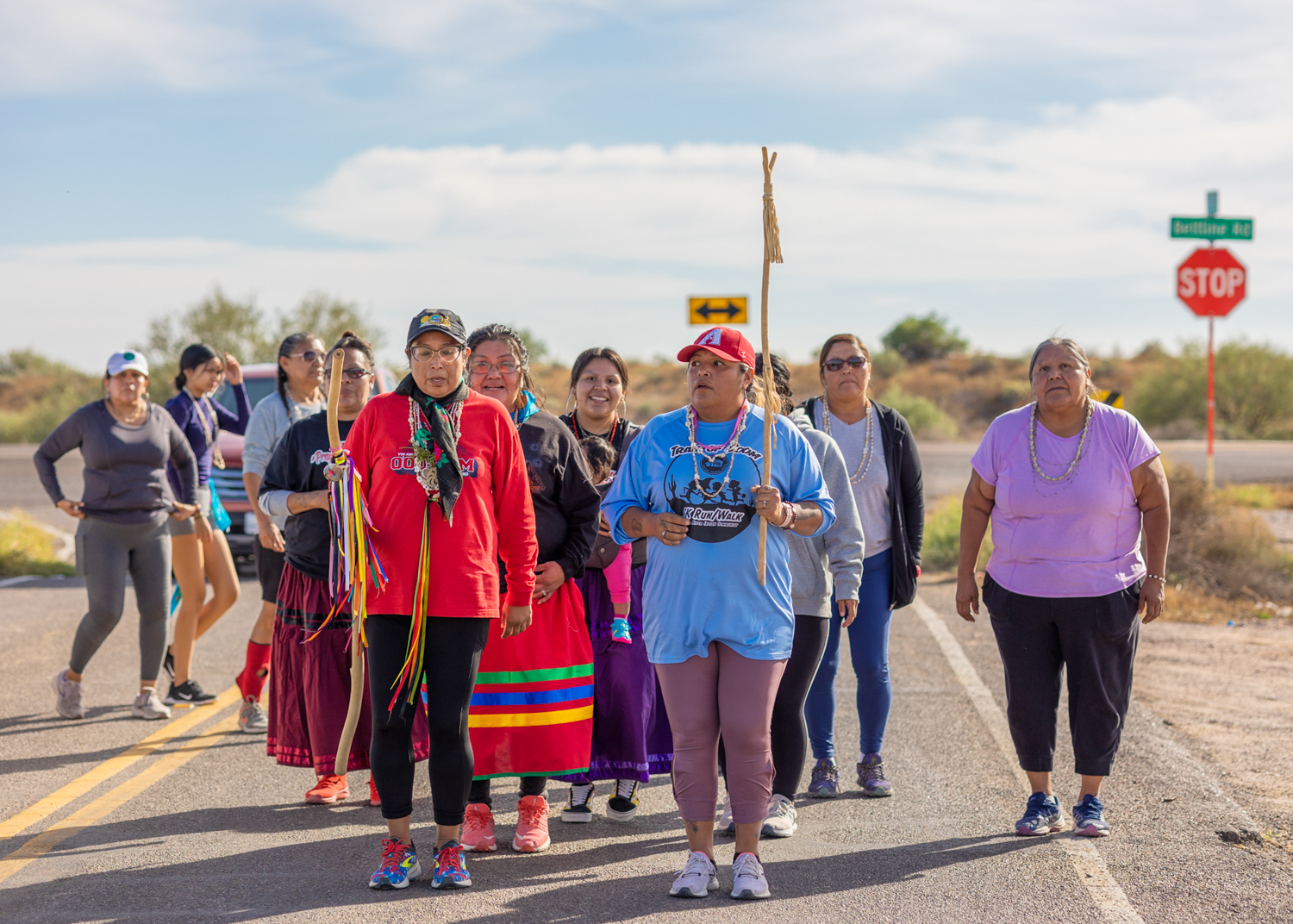 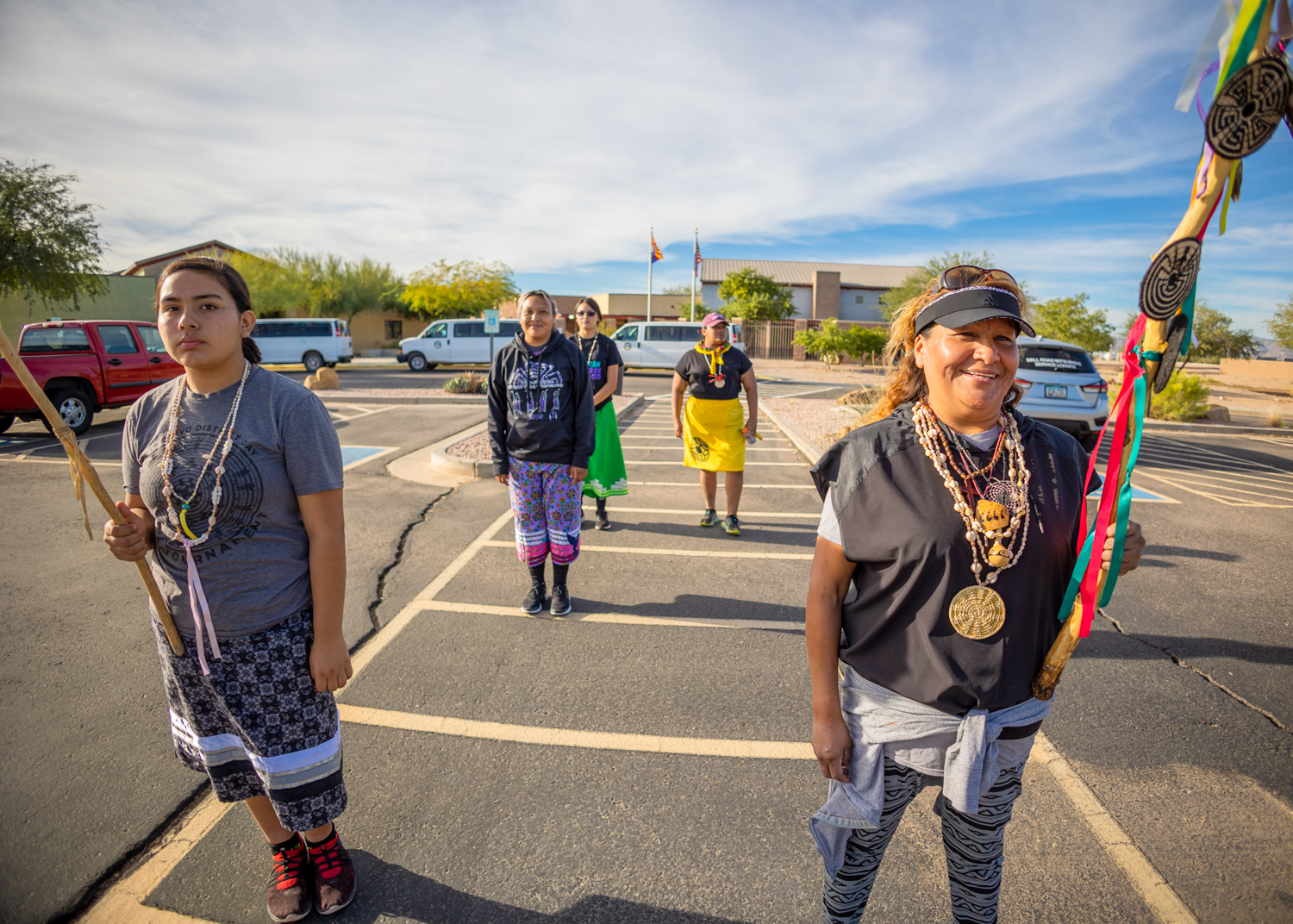 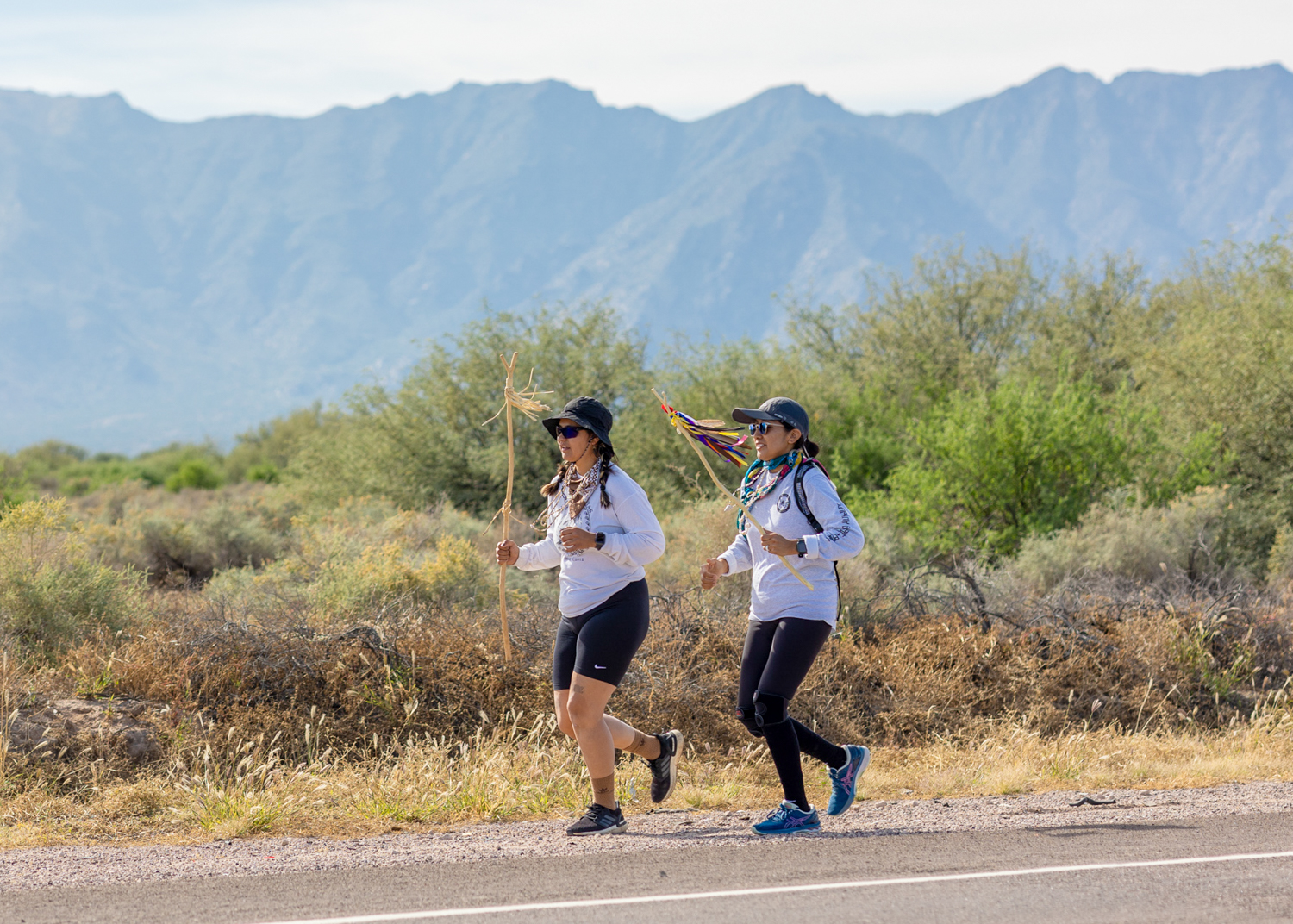 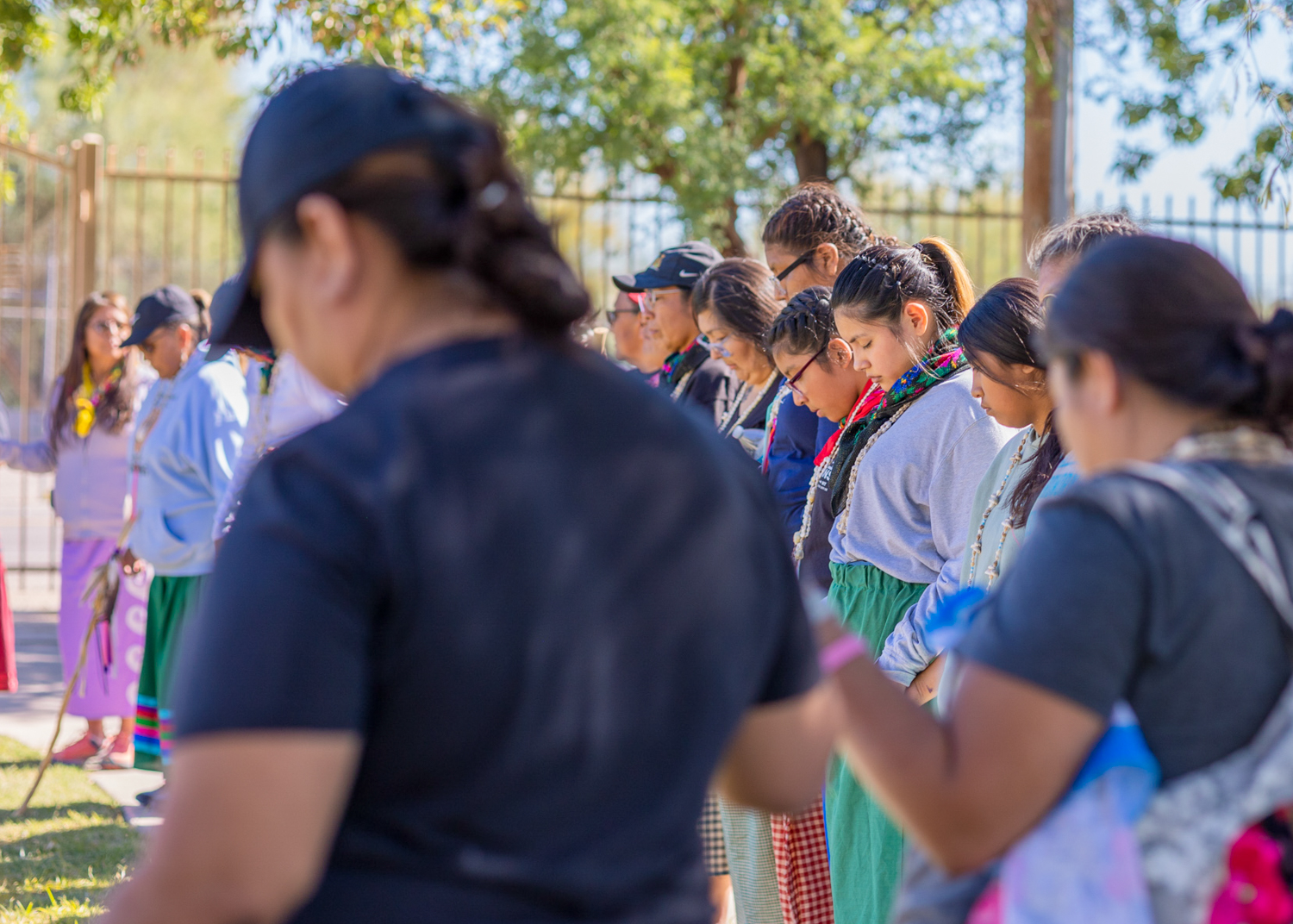