In addition, the event serves as a fundraiser for the organization. On this occasion, they raised over $100,000 for one of the oldest non-profit organizations of its kind, providing services to the urban Indian population in Phoenix.

At the event, Gov. Stephen Roe Lewis received the “2022 Leon Grant Spirit of the Community Award.” Established in 2013, the award recognizes an individual or organization for their service, commitment, and dedication to the betterment of the American Indian community as a whole.

“As you know, leaders can’t do this without the support of our family,” said Gov. Lewis before recognizing his family in attendance that evening. He acknowledged his mother, Willardene Lewis, a past Phoenix Indian Center Board member and one of his strongest supporters.

“To be here in person for one of the largest most successful Silver and Turquoise Balls, on the 75th anniversary, I’m humbled, proud, and I’m always going to remember this moment celebrating with my family, my relatives, my tribe, and all of you,” said Gov. Lewis.

Throughout the event numerous cultural songs and dances were shared from tribes across the state. The Chi’Chino O’odham Dance Group from District 6 performed a number of songs featuring dancers from the Community.

And this year over 150 individuals contributed items for the silent auction. The items for auction served as the primary source of donation contributions for the Phoenix Indian Center. Gila River Resorts & Casinos and Community artists Melissa Yazzie and Eliana Rhodes donated items to support the auction this year. 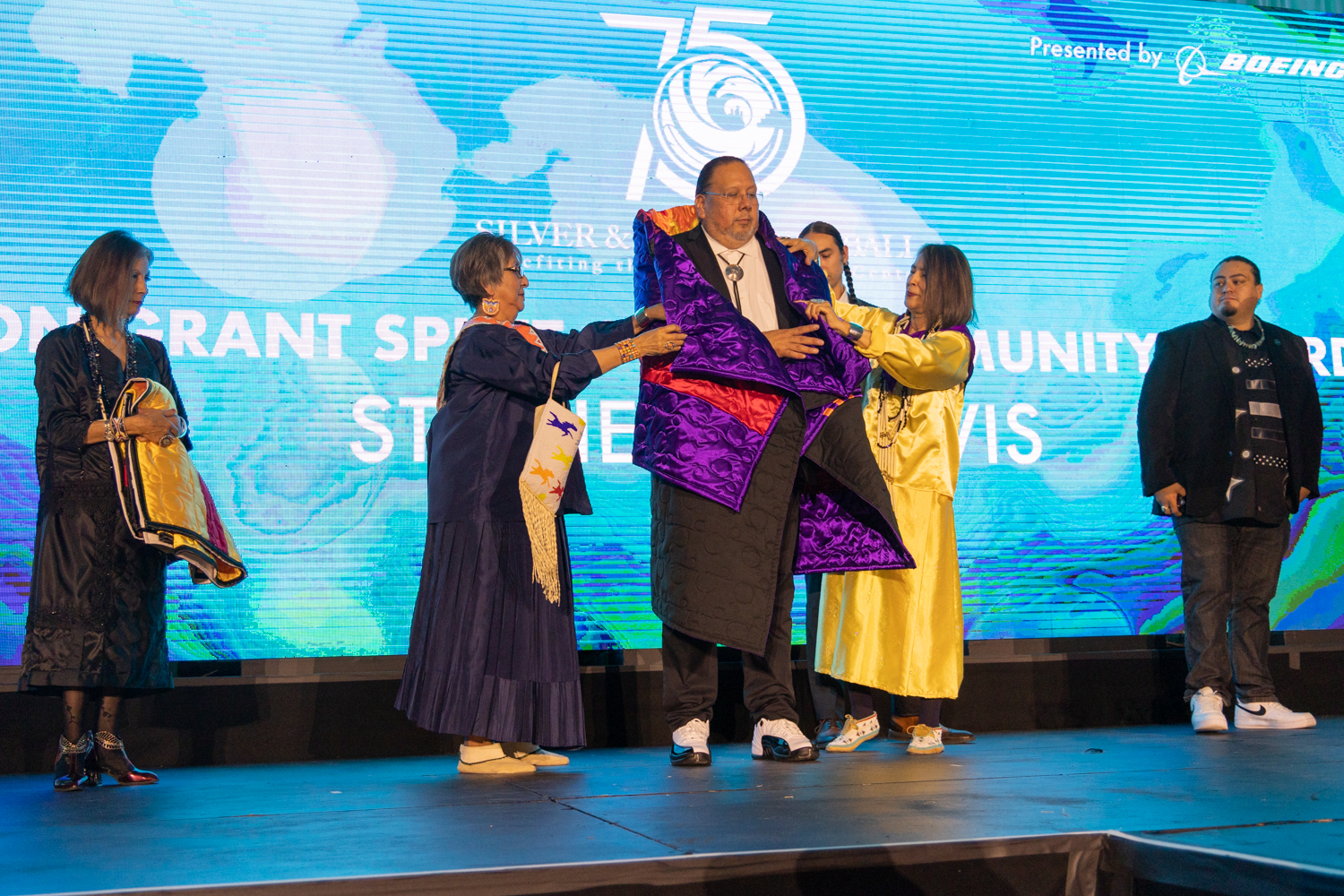 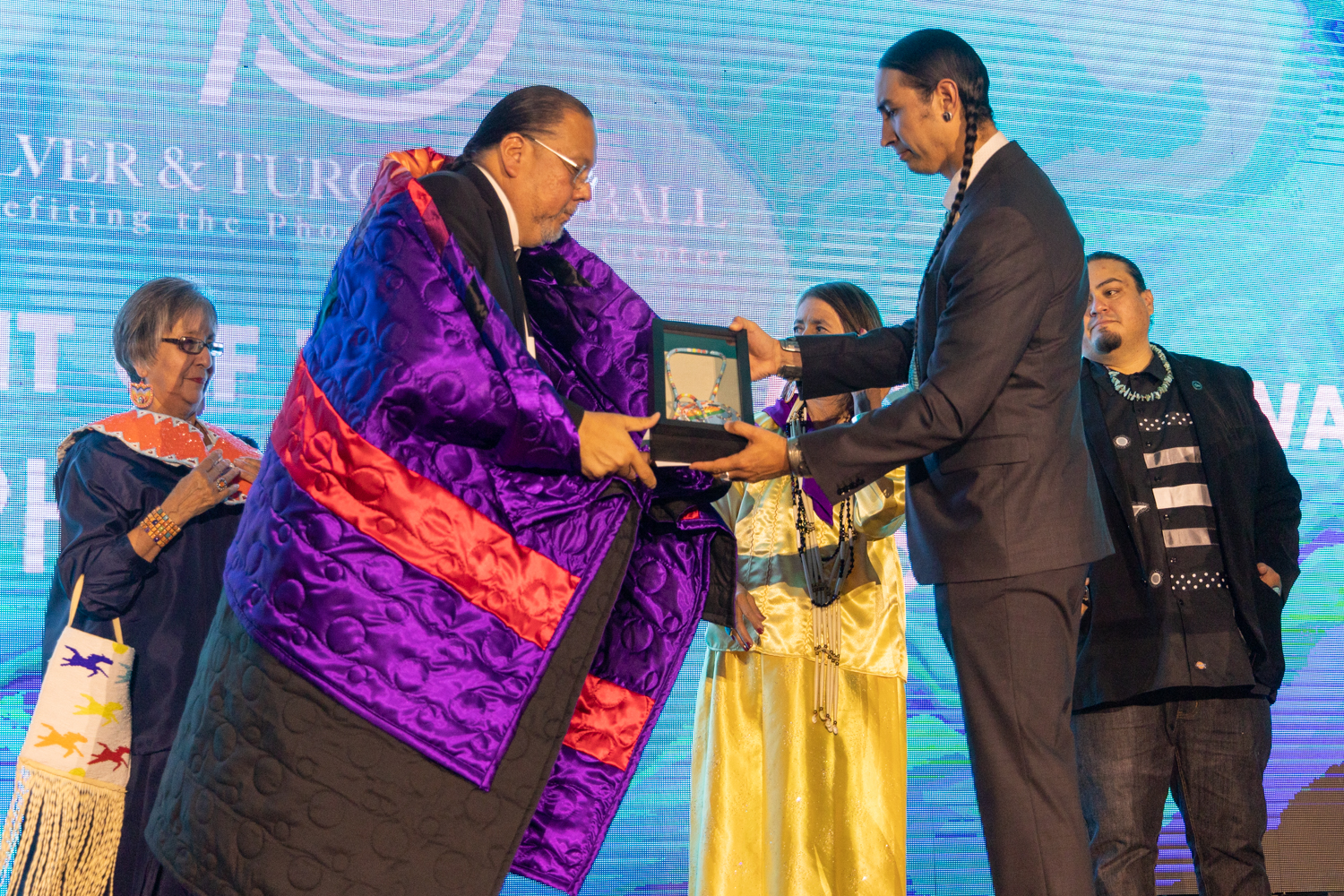 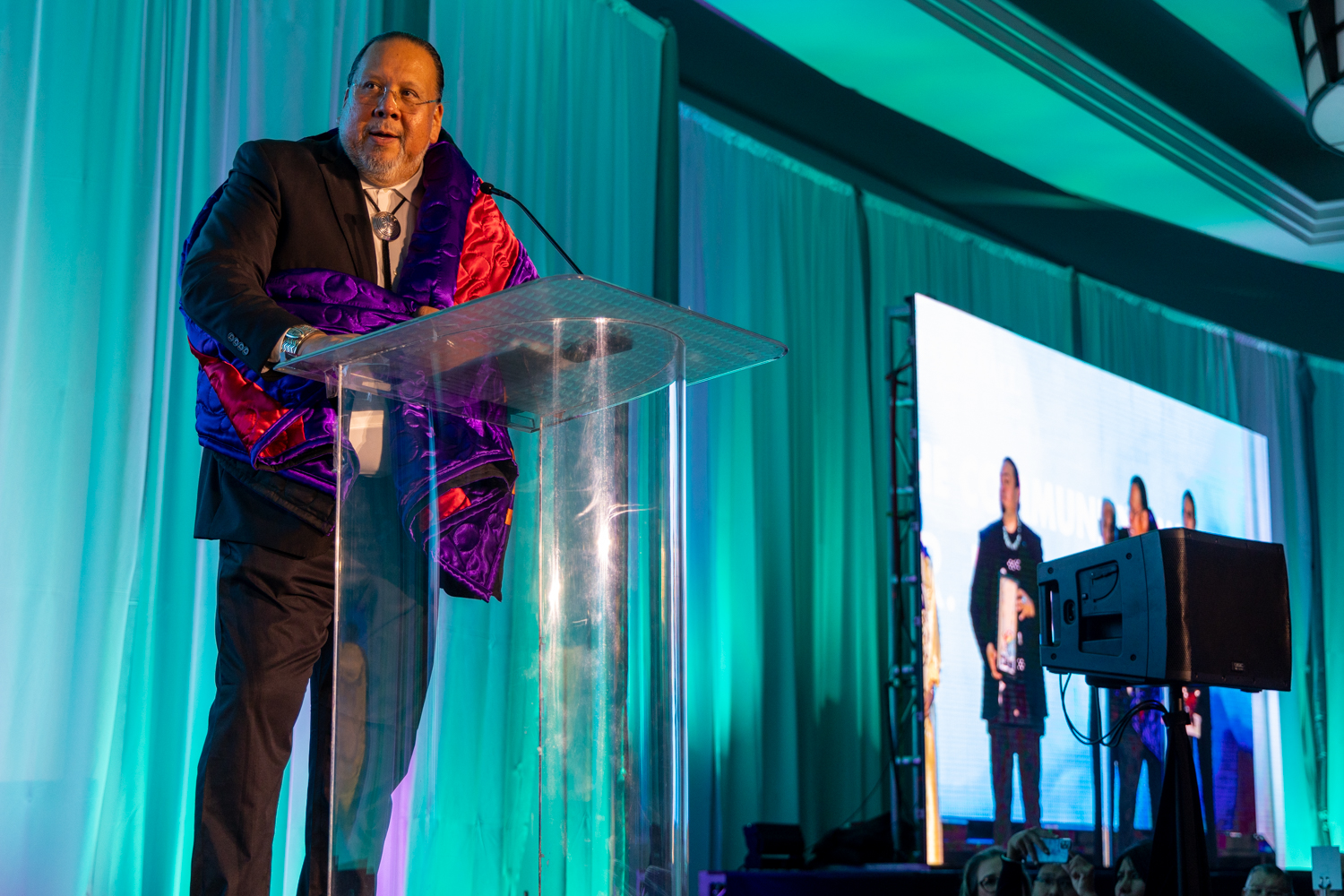 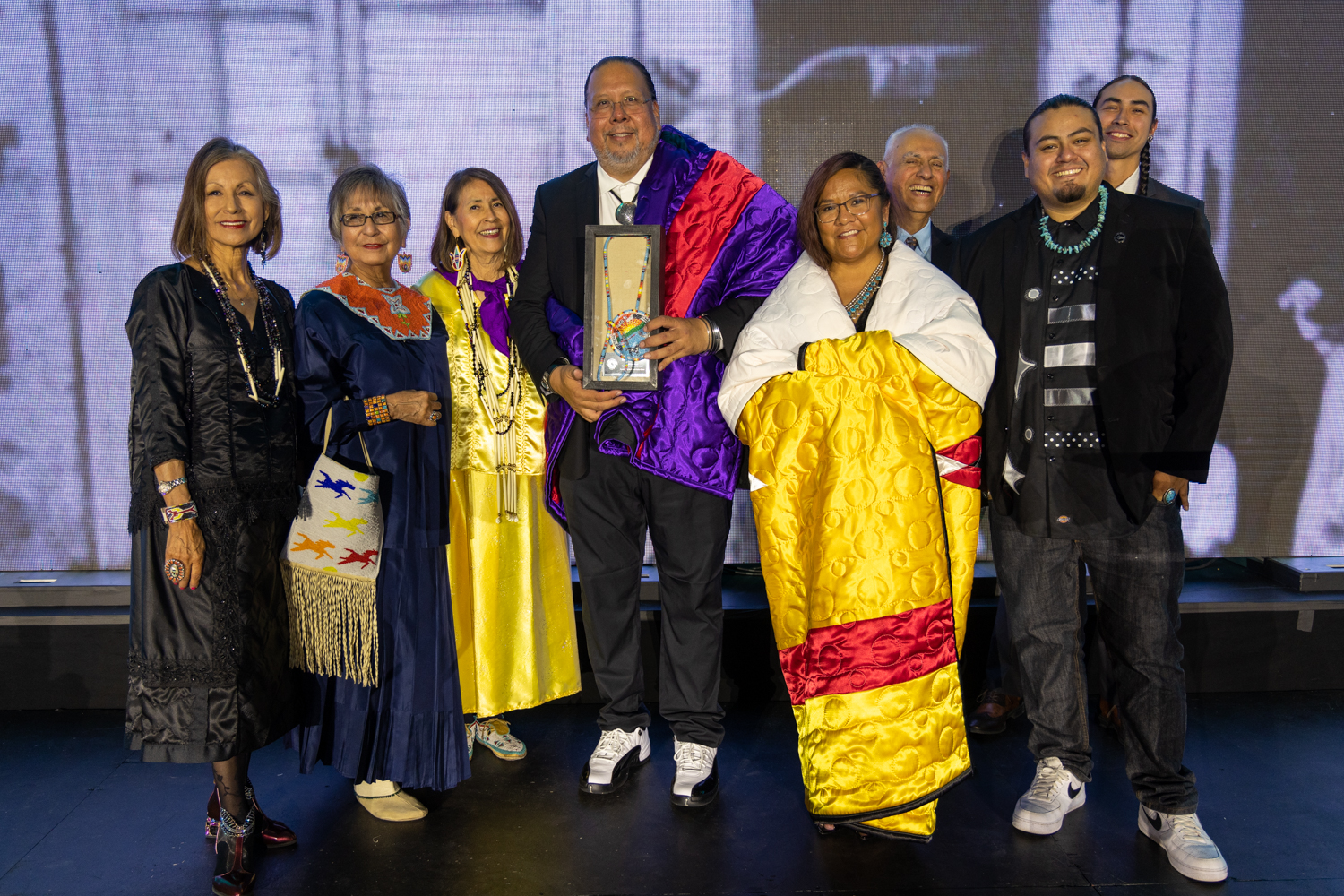