The forums and press conference, held at Sheraton Wild Horse Pass, began with Democrats Adrian Fontes, a candidate for Secretary of State, and Kathy Hoffman, Arizona’s current Superintendent of Public Instruction, addressing tribal leaders from around the state. Currently, 21 of the state’s 22 Native tribes belong to ITCA, established in 1952 to give tribes a unified voice on political and policy issues.

That session was followed by a forum of Republican candidates, including former news anchor Kari Lake, a candidate for Governor; U.S. Senate candidate Blake Masters; and Abe Hamadeh, a candidate for attorney general. The three addressed border issues, Arizona’s fentanyl crisis, and their shared opposition to abortion.

Gov. Lewis asked the candidates about tribal exclusivity for gaming, about the key role played by tribes in addressing the drought and about respect for tribes and their culture, especially given the Oct. 10 racist tweet from a Lake campaign manager, which drew national attention for including an image of a bloody human sacrifice accompanied by the headline “Happy Indigenous People’s Day.”

“That’s a yes, yes and yes,” Lake answered Lewis. “That’s a real easy one. … We appreciate the contributions and cultures of the tribes.”

Hopi Tribal Chairman Timothy Nuvangyaoma also questioned Lake about the tweet, saying she did not “realize the full gravity of that tweet.” Lake called the online posting the work of a young person on her campaign, saying that “they do stupid things.”

“I can’t control everything they do, but I came down on him very hard and he apologized to me,” said Lake. “With age comes wisdom.

T.O.N Chairman Ned Norris called the GOP candidates responses unacceptable. “You get to a point where you know somebody is feeding you lip service,” he said. “I think there was lip service that was fed to us today,”

Leonard, the SRP-MIC Vice President, said that the Republicans had done their “homework on some things” but questioned their commitment to Native people.

“I don’t know where tribal nations will fit in Kari Lake’s Arizona,” said Leonard, as quoted in Indian Country Today. “I don’t think there is a place.”

Gov. Lewis, who previously had called for Lake to fire Colton Duncan – described by the candidate as the “most important person” on her campaign – over his racist tweet, called Lake’s response at the forum “puzzling and inadequate.”

“With all of us tribal leaders here, it would’ve been more appropriate ... to take the opportunity to apologize directly to show that her actions match her words,” said Gov. Lewis. He added that Lake missed a chance to show that “she truly will respect and defend tribal sovereignty.” 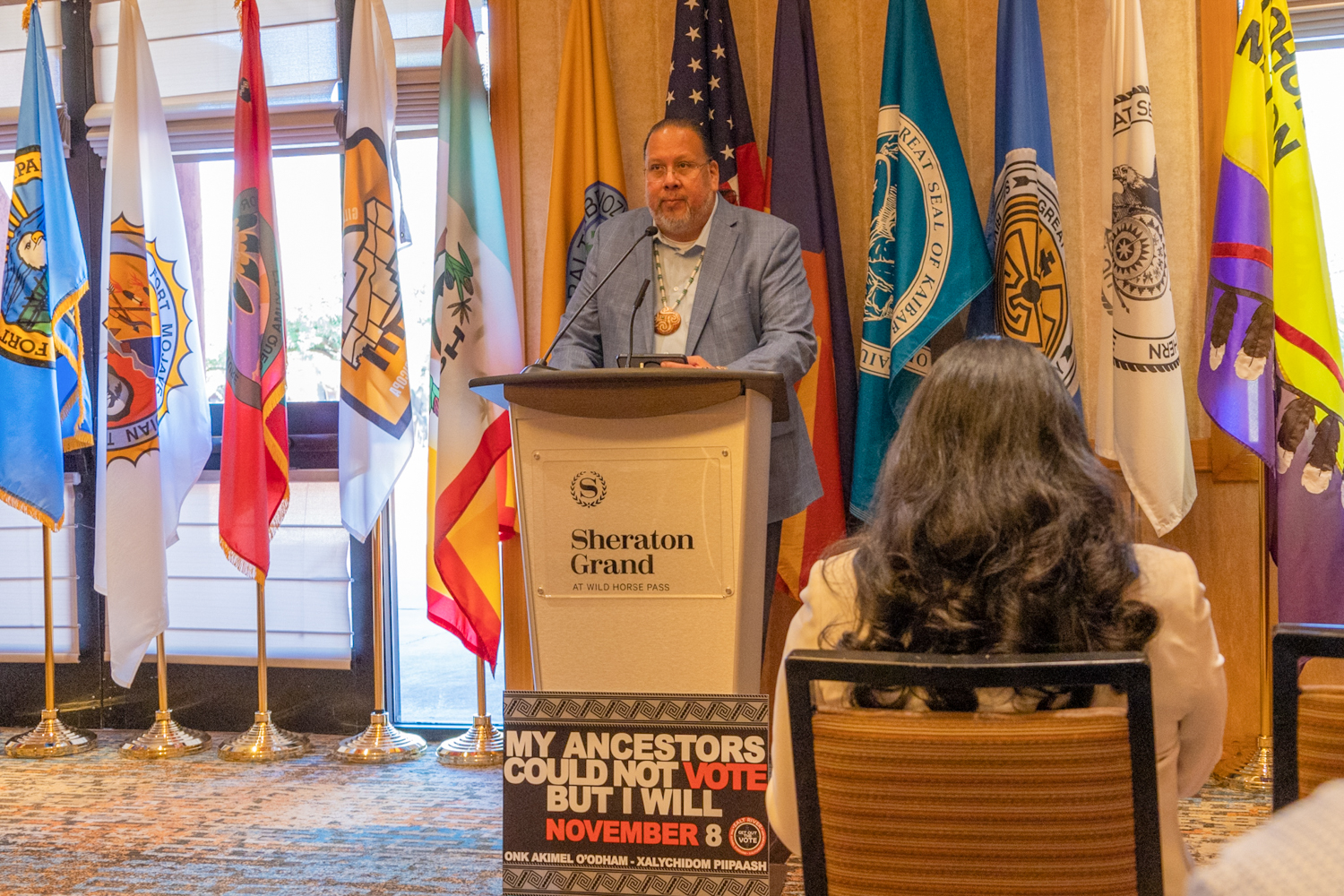 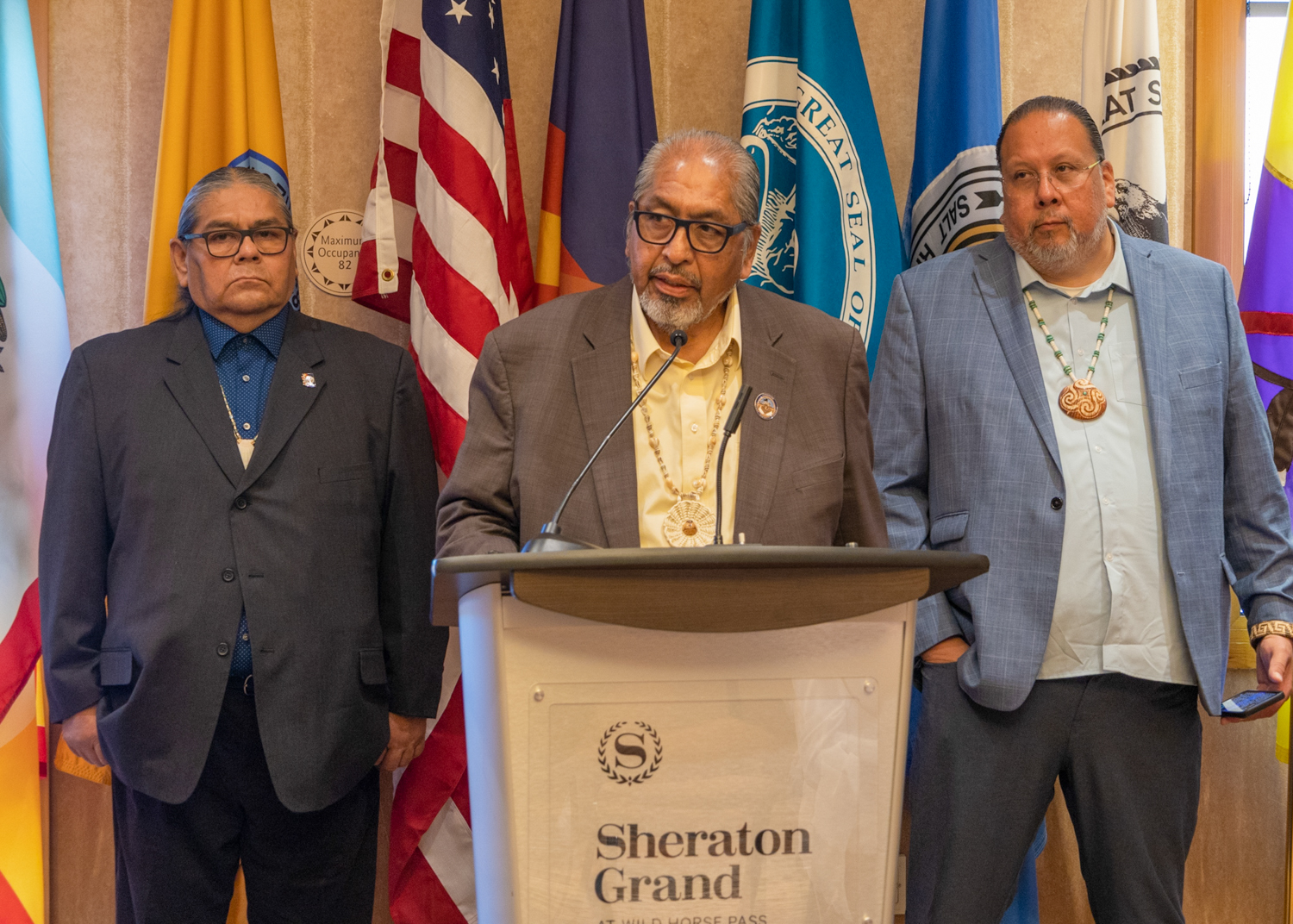 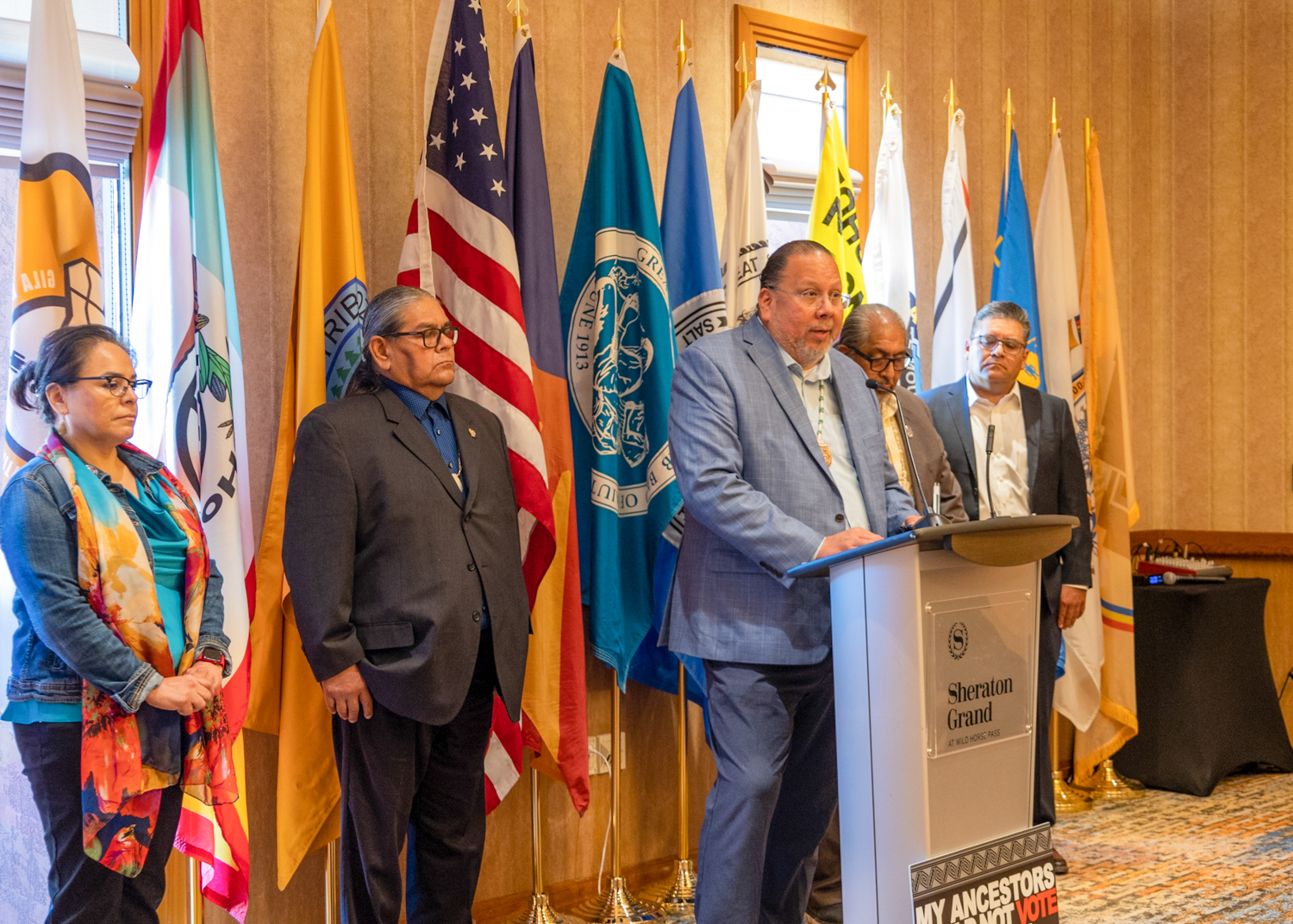