“Indigenous Peoples’ Day Phoenix Fest is a reflection of our organizational values,” said Melody Lewis, founding member of Cahokia PHX.  “We knew we wanted to host an event that closed streets and leaned on our collaborators to share what they’d like to showcase.”

Throughout the block party, various artists painted live as the audience watched.  Zachary Justin, District 6, served as the project manager of the live-painting and invited different artists to participate, including Eliana Rhodes, District 3.

“Live painting is fun,” Justin said. “It’s always good to get positive feedback from people while painting. It keeps me motivated to continue my art career.”

He added, “It was good to have Natives of different tribes all in one event socializing and having a good time side by side.”

This was Rhodes’ first time live painting, and she found it inspiring. “This opportunity was significant to me,” she said. “I felt empowered and felt I was being heard in a way. I express myself through art, and I’m glad I got to share that with amazing people at this event.”

Works by Tiffany Enos, District 4, and Melissa Yazzie, District 5, were featured at Cahokia PHX during the festival. See Restoring the Balance article for more.

Community skateboarding company Seven Layer Army (SLA) hosted the indoor skate competition where over 20 youth and young adults competed. SLA co-owner Reuben Ringlero said, “We have been hosting skate comps for many years now, but this one felt different, maybe because it was off the Gila River Indian Community and open to everyone. Also, it was for a huge Indigenous’ Peoples Day Festival; [it] was a very humbling experience.”

Many skaters were local, but plenty came from out of state. The event was the first time SLA hosted a competition outside of the Community on this scale. However, after years of hosting contests throughout GRIC, they felt ready.

Co-owner Paul Molina said, “I always knew that the SLA would do great things in the Community…. [We] always dreamed of going big and hosting competitions in different parts of the city, but on this scale, it was much bigger than we had expected.”

Throughout the day, musical acts performed on the RezFest Main Stage, curated by Native Guitars Tour, to provide emerging artists an opportunity to showcase their talents. Two Community acts performed that day as well, including Jay Mercado, District 7, who performs as IIWAA, and Community band One Way Sky.

Adrian D Thomas, District 5, of One Way Sky, said, “These organizations have always been supportive of not only us, but so many Indigenous musicians, artists and organizations out there.” The band also stated this was the best show they’ve performed, as it was the most memorable and fun and they were able to share the stage with other Indigenous artists.

Mercado performing as IIWAA opened the show, and he said he was thrilled to be part of a “historic” celebration of Indigenous music “in the company of the most brilliant, talented wave of Indigenous artists we’ve maybe ever seen.”

“We’ll collectively look back at IPD Phoenix Fest ‘22 as an iconic cultural moment, and it was important for me to know I was there,” said Mercado. “It’s certainly just the beginning, and I was honored to represent my Community doing what I love.”

One Way Sky and IIWAA acknowledge how important it was to perform at an event that honors their ancestors and the Indigenous community while supporting Indigenous peoples in the Valley and providing spaces for Indigenous artists to share their talents.

Cahokia PHX and its collaborators set a bar for what’s to come for future Indigenous Peoples’ Day events by delivering a fantastic experience.

“I am humbled by the support and grateful to have worked alongside every person that made the event possible,” Lewis said. “We couldn’t have done it without them.” 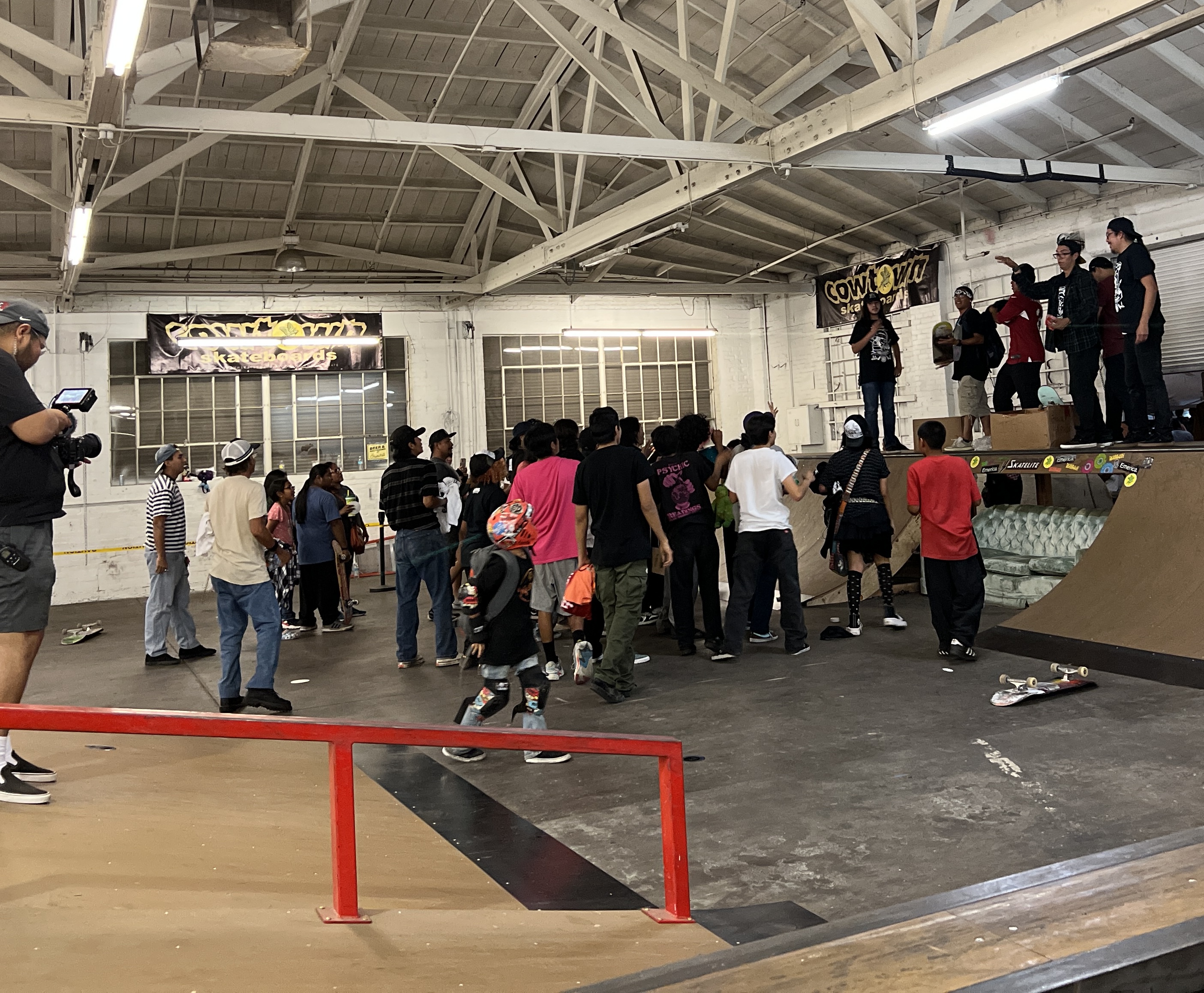 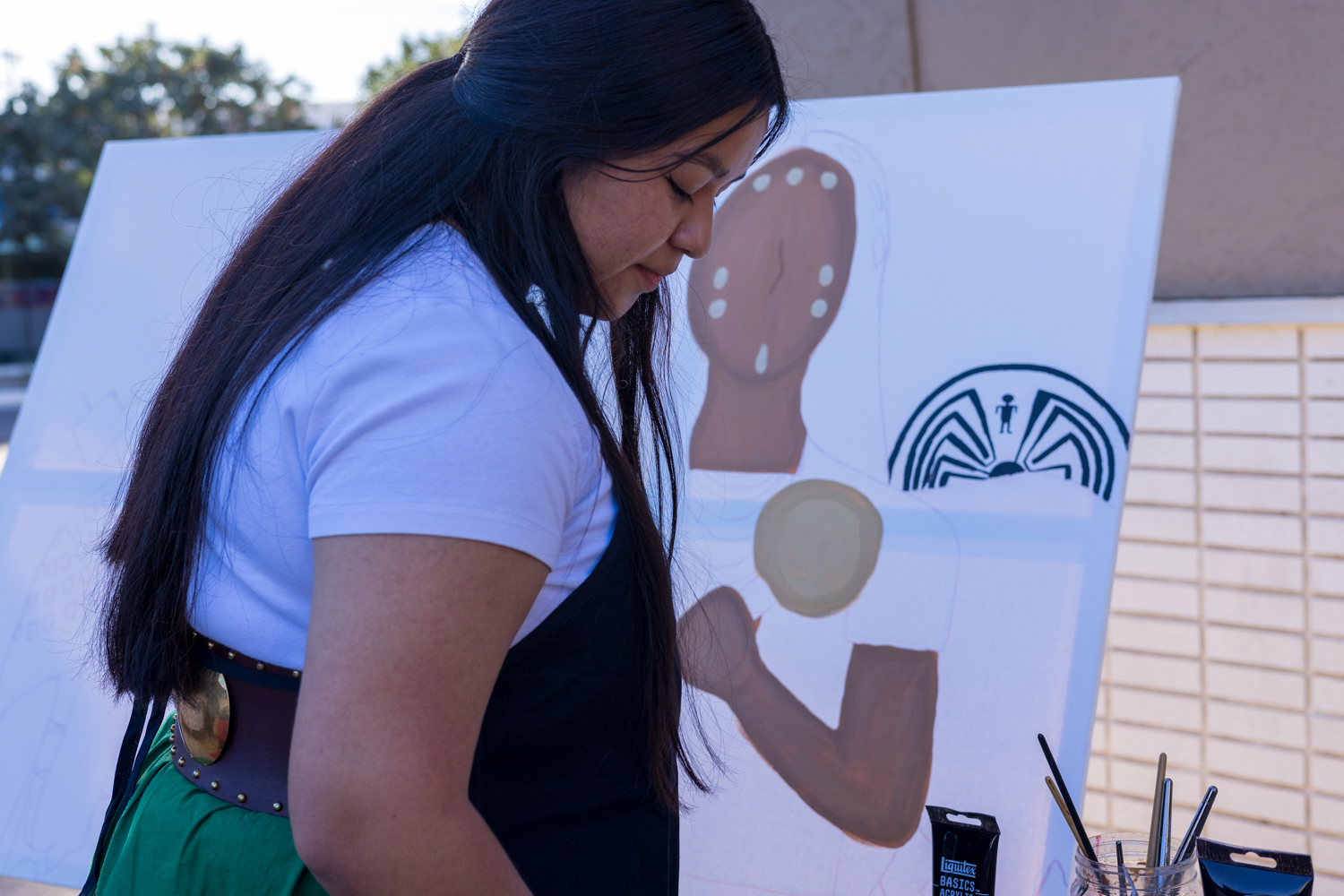 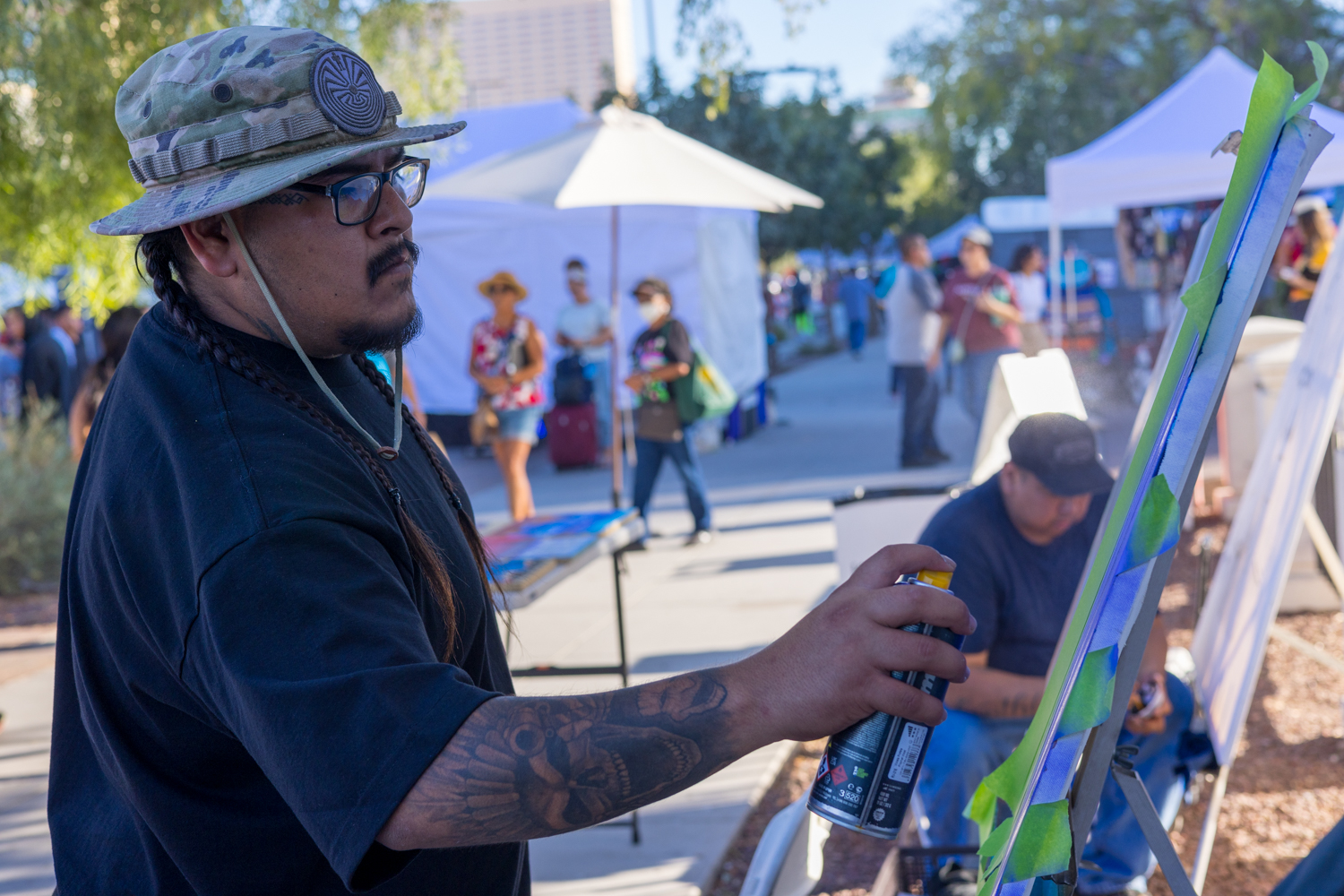 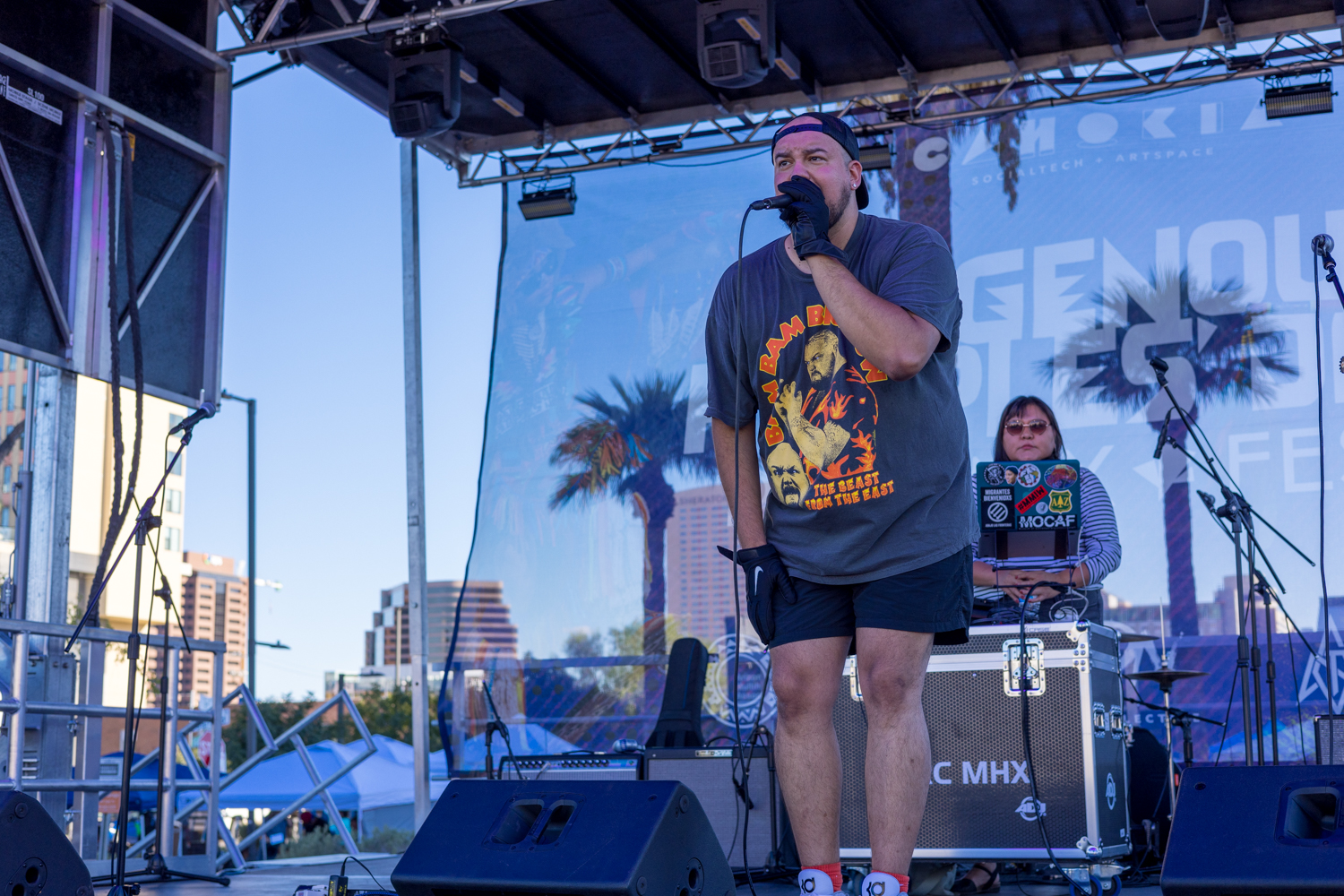 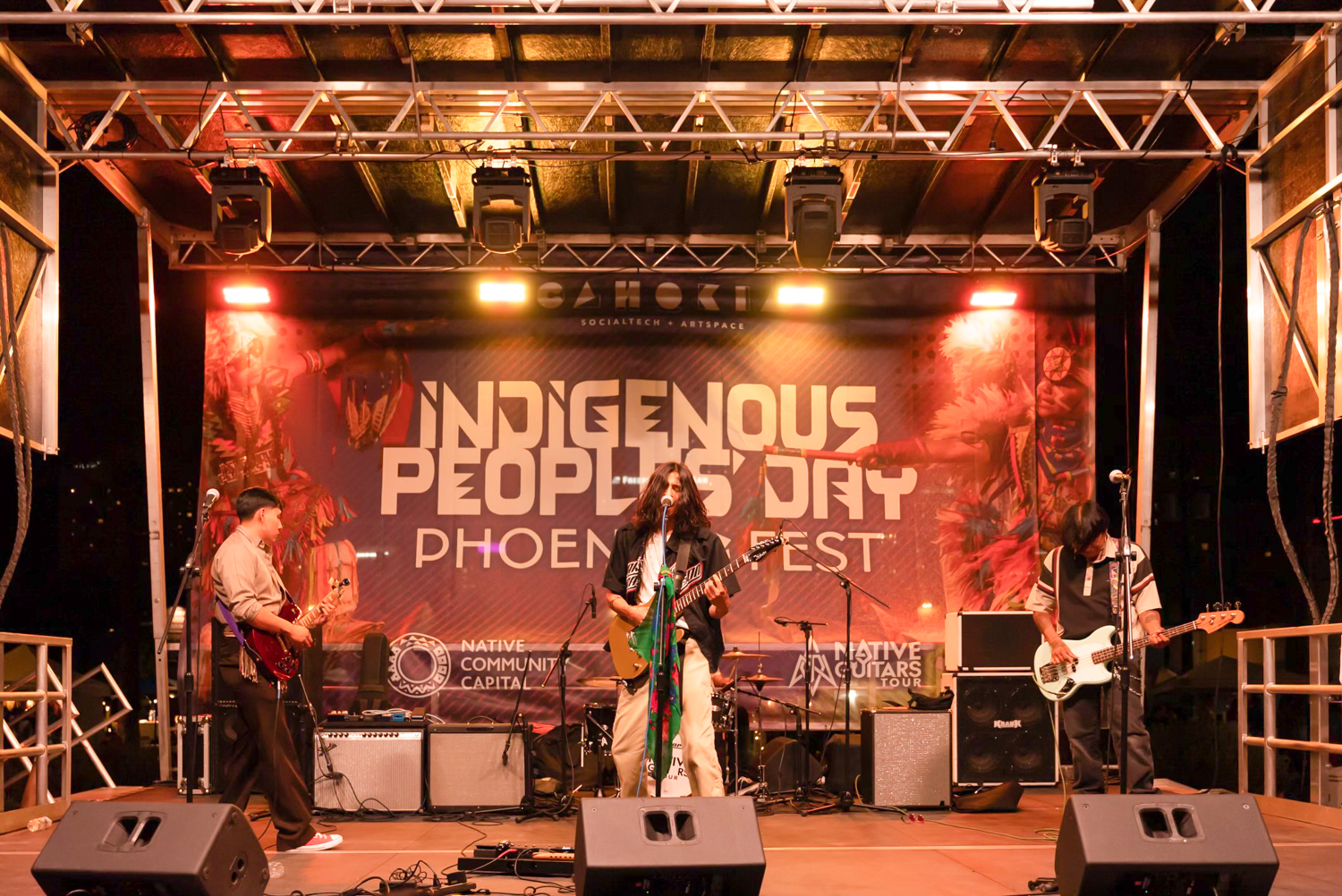