SACATON, AZ.-  Tuesday Oct. 10, Governor Stephen Roe Lewis announced that the Army Corps of Engineers informed the Gila River Indian Community that the Agency is looking to enter into agreements with the Community to fund a pilot project that will bring solar covered canals to the Reservation.

During a tour with Congressman Tom O’Halleran at the site of the proposed project, Governor Lewis described the project as an innovative approach to water conservation that will reduce evaporation losses in Community canals while generating solar energy.

Governor Lewis commented, “this canal project is in keeping with the Gila River Indian Community’s continued stewardship over our natural resources and our water.” Governor Lewis continued, “this project will provide an example of new technology that can help the Southwest address the worst drought in over 1,200 years.”

During a tour of the proposed site of the solar-covered canal project, Congressman O’Halleran commended the Gila River Indian Community for seeking ways to modernize and rehabilitate existing irrigation infrastructure to increase efficiency for users along the Colorado River. Congressman O’Halleran stated, “this is the type of infrastructure project that I am happy to support. That is why I sent a letter to the U.S. Army Corps of Engineers in August encouraging them to look at ways to make this project work. I am happy to see progress being made and think this project will serve as an example of how the federal government and tribal governments can work together to address the drought crisis.”

Michael Connor, Assistant Secretary for Civil Works at the Army Corps of Engineers, stated “Army Civil Works and USACE are excited to work with the Gila River Indian Community on its innovative irrigation water conservation and solar energy project. Using the Tribal Partnership Program to benefit the Community’s efforts to advance drought resilience and clean energy is at the heart of preserving its cultural and natural resources.”

The Community has already completed design on the project. When construction is funded, this project will be the first solar covered canal constructed in the United States. 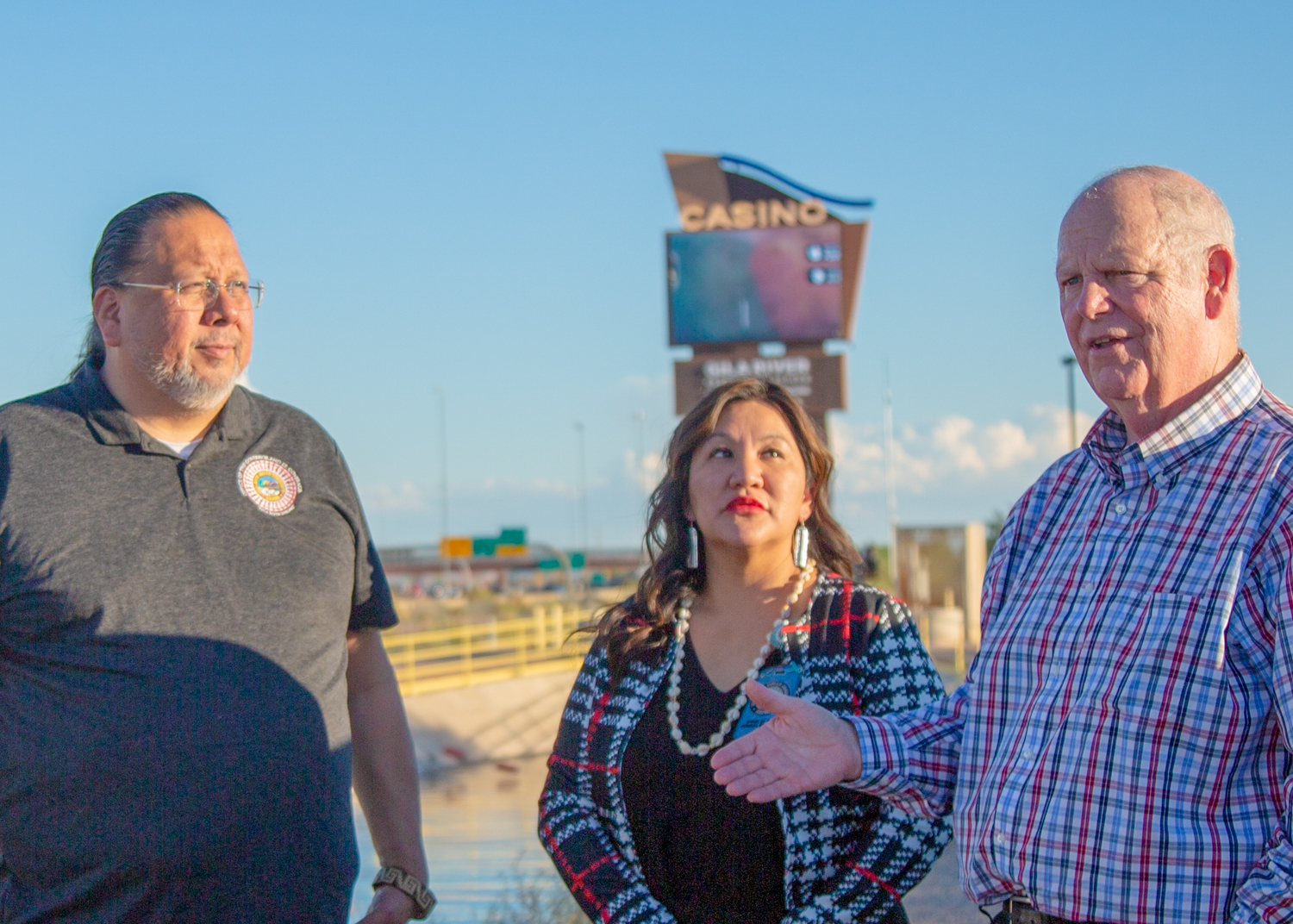