The Gila River Indian Community held an Indigenous Peoples’ Day Voter Registration Rally Oct. 10 at the Governance Center in Sacaton that included Gov. Stephen Roe Lewis signing a proclamation declaring it “Porter and Johnson Day,” named after two GRIC members who fought for the right of Native Americans to vote.

“Our Community has always had such a strong sense of what the right to vote has meant to us,” said Gov. Lewis.

Pinal County’s Mobile Voter Outreach van was also on site to allow voters to register or update their existing registration.

“It’s heartening to see all of you here today who are registering to vote. I myself, I just checked to see if my registration was in order because you can never take that for granted as well.”

GRIC members Peter Porter and Rudolph Johnson are known for their persistence after being denied the right to vote in Pinal County in 1928, a few years after Native Americans were granted U.S. citizenship in 1924.

“It’s our sacred duty. It’s our sacred obligation to carry out that fight today and tomorrow and beyond to make sure that our voices are heard at the ballot box,” Gov. Lewis stated during the signing.

After initially being denied, Porter and Johnson sued to enforce the rights of all Natives in Arizona to vote. Unfortunately, it took another 20 years and subsequent litigation before Arizona Natives could vote in local, state and federal elections.

“As Arizona Native voters, we face an election where the very democratic principles of our country are at stake,” Gov. Lewis said.

“You know, we need our youth, and I’m glad our District 1 youth are here to learn about the issue,” said Whitman, who is a veteran.

He continued, “Imagine [Porter and Johnson], coming home after serving the country—our country—and being denied. Think of what they went through and what it means now that we’re able to [vote]—our young people, our elders, now able to vote for decisions not only for our Community, but for our country.”

O’Halleran said, “I think it’s extremely important to understand the foundations of our country; that is, to allow its citizens to have a voice in their government, and that voice is critical to be able to have a government that comes together and works for the common good of the American people, no matter who they are.”

He added, “If they’re citizens of this country, they’re entitled to be able to vote. They should not have barriers put in their way.”

Bonita Lyons has been a longtime advocate for the right to vote. She proudly shared that an elder in District 5 registered to vote for the first time during her outreach.

Leading up to the Nov. 8 election, the Community has continued proactive efforts to register voters. The final push included the last voter rally in District 6 on Oct. 11. The GRIC Tribal Elections program and Maricopa County Elections Office were also present.

Now that the Oct. 11 voter registration deadline has passed, GRIC will focus on ensuring that every registered voter has information on candidates and ballot measures and access to their polling site on Nov. 8.

“It’s a high priority for us to get our Community all the information they need leading up to the elections,” Gov. Lewis said. “This is a very critical time, and it’s important that you don’t sit on your right to vote and exercise that right.” 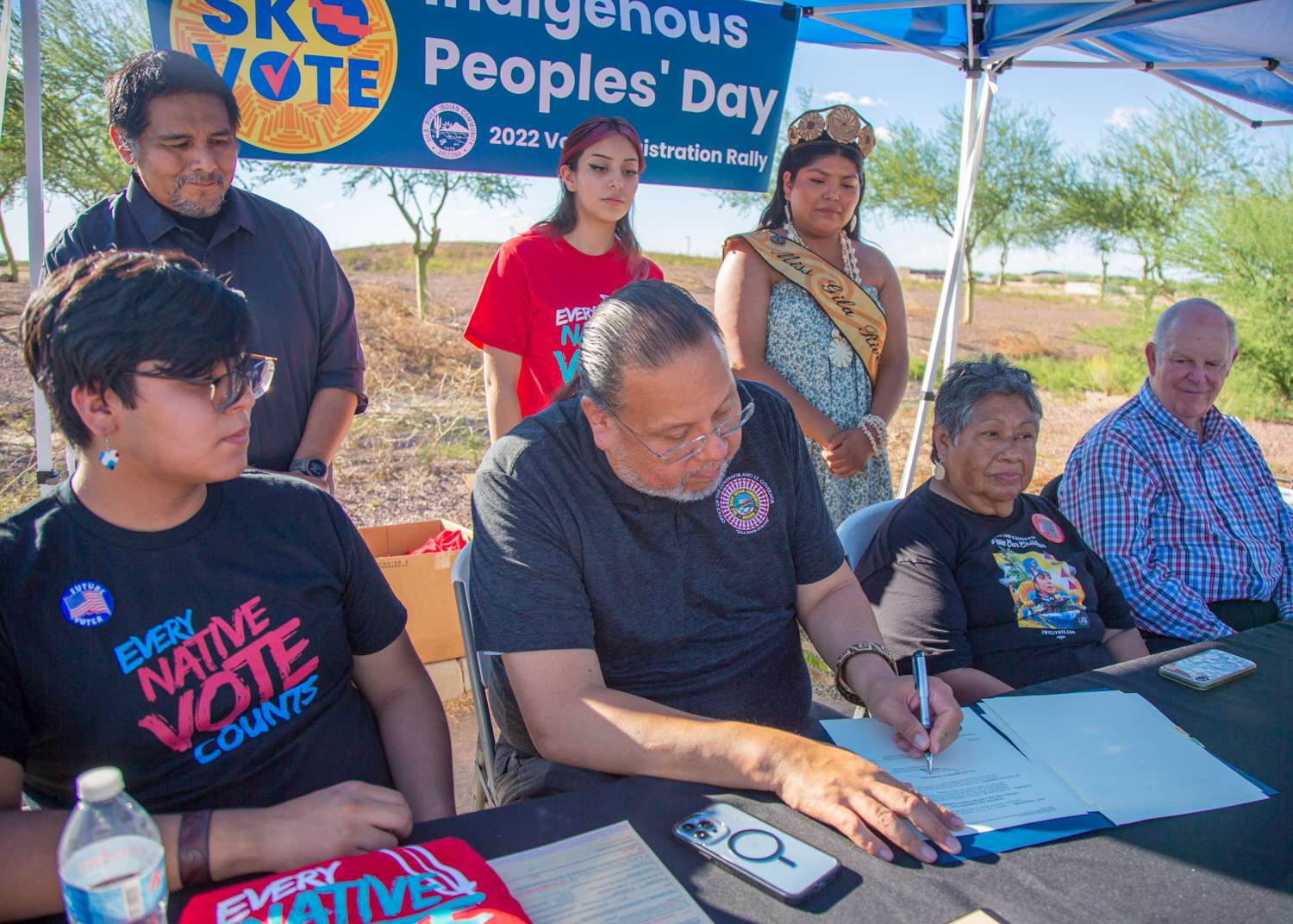 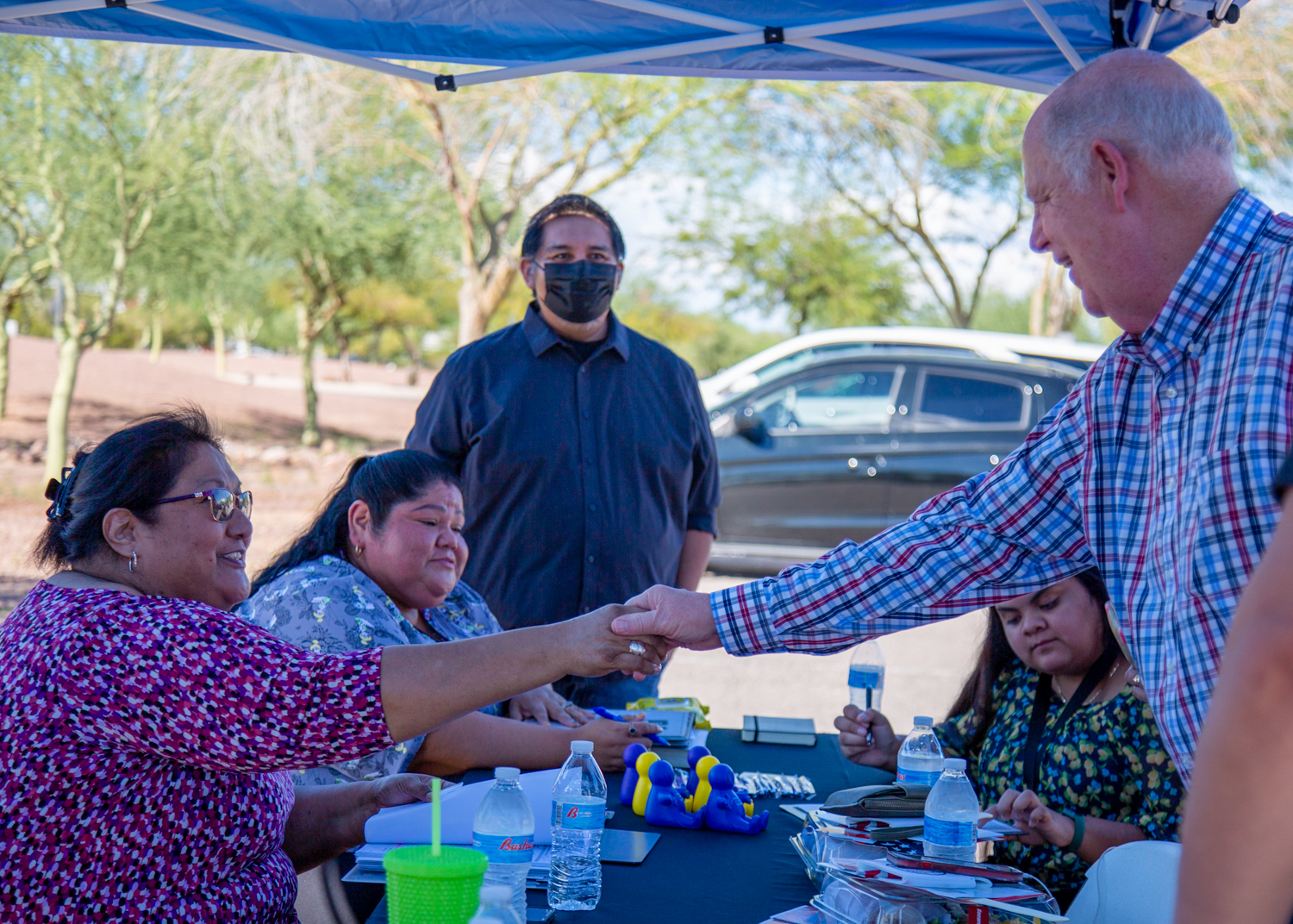 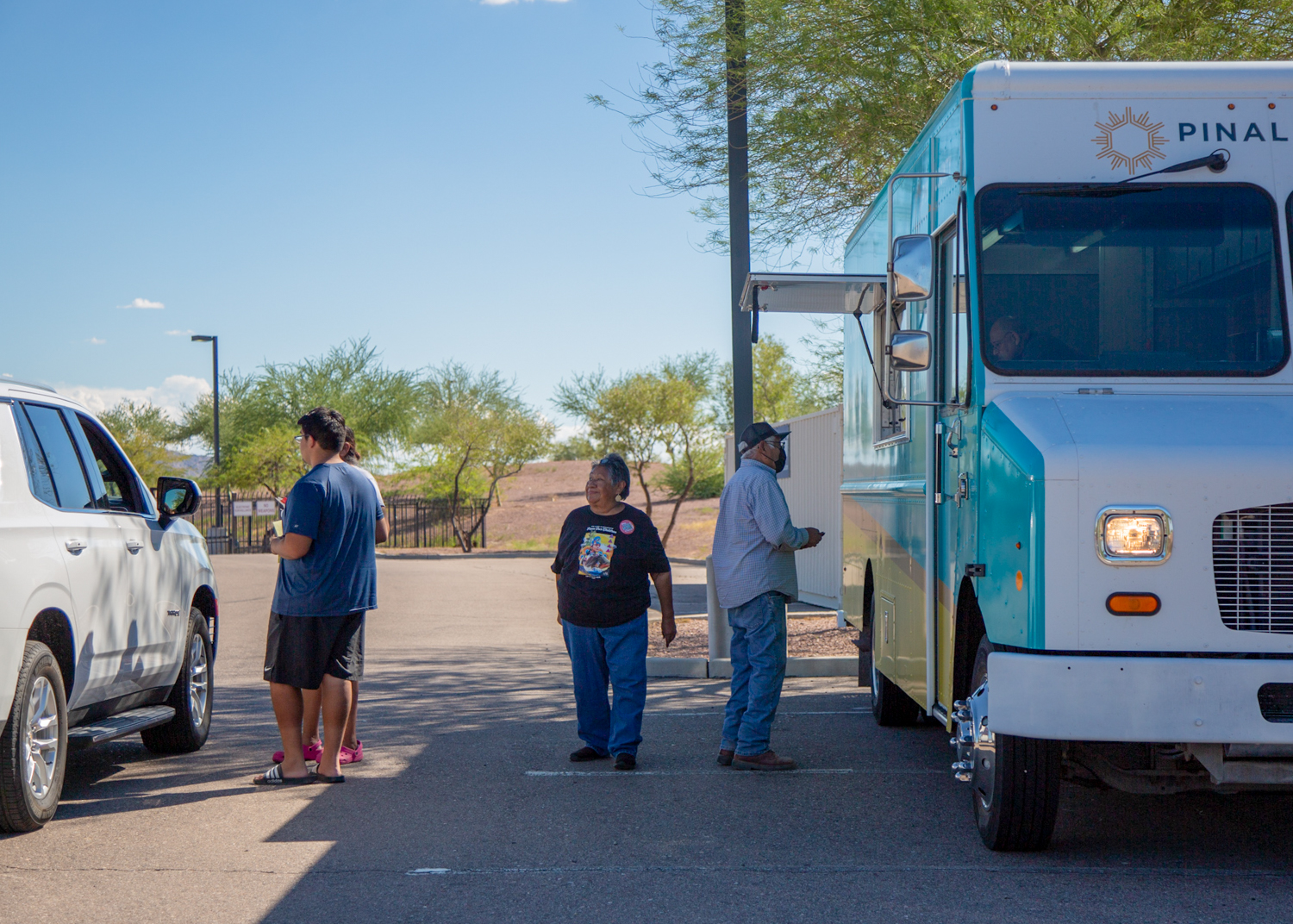