The Phoenix Rising Football Club professional soccer team hosted its annual Indigenous Peoples’ Day match Oct. 1 at their Wild Horse Pass Stadium to celebrate the Community and recognize Indigenous Peoples throughout the nation in advance of the official Oct. 10 holiday. The occasion featured an O’otham basket dance performance by the Keli Akimel Hua Modk Cudkam dance group, color guard presented by the Pee Posh Veterans Association and singing of the national anthem by District 1 member Marcella Gonzalez on the field before the match.

This is the second year Phoenix Rising has held an Indigenous Peoples’ Day (IPD) match since arriving at their new stadium at Wild Horse Pass. The organization strongly believes in honoring the various communities contributing to their fanbase, staff and place in Arizona, including their home on the Gila River Indian Community.

“It was exciting,” said Yesenia Espinoza, O’otham, a basket dancer. “I felt really respected being here tonight because we’re important and played a role in America’s founding.” Fighting off nerves, she and her group performed two songs inside the stadium.

Irie White, another dancer, said, “It was cool to have Rising give recognition to Indigenous peoples tonight, especially for the O’otham, since they’re from Arizona and not everyone around here is familiar with who we are as O’otham.”

As part of the IPD match programming, Paul Molina of District 7 designed a commemorative scarf for the occasion featuring O’otham and Pee Posh designs. The red fall colors pay homage to the Pee Posh red buff pottery and bright desert flowers found throughout the Community.

The scarves proved popular and sold out that night. Proceeds from the scarf sales will benefit the Boys & Girls Club—Gila River, Komatke Branch.

Although a Shongivul (O’otham Kickball) demonstration was scheduled on the lawn before the match, the demo could not take place due to safety concerns caused by the  overcrowding. However, Community member Antonio “Gohk” Davis provided some education on Shongivul to those in attendance in the area.

“Being here tonight shows how we’re taking back our history and honoring Indigenous peoples in a big way,” Davis said, “and Rising has given us the chance to showcase who we are from the culture, language, art, song, and dance; it’s great. It’s an honor to be here and recognize the significance of this area in the Community, and for Rising to invite us sets a precedence for other professional sports teams to follow in the future.” 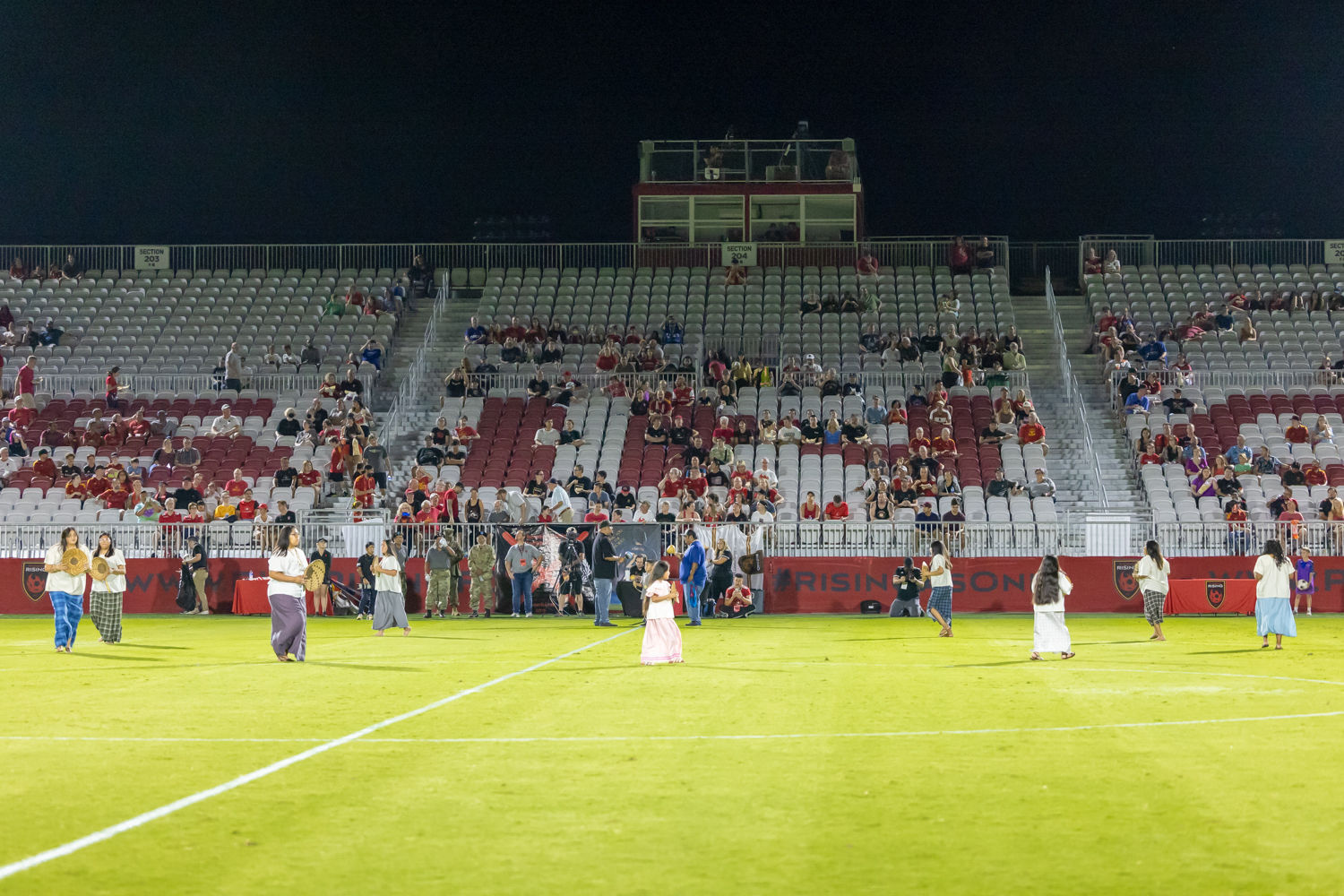 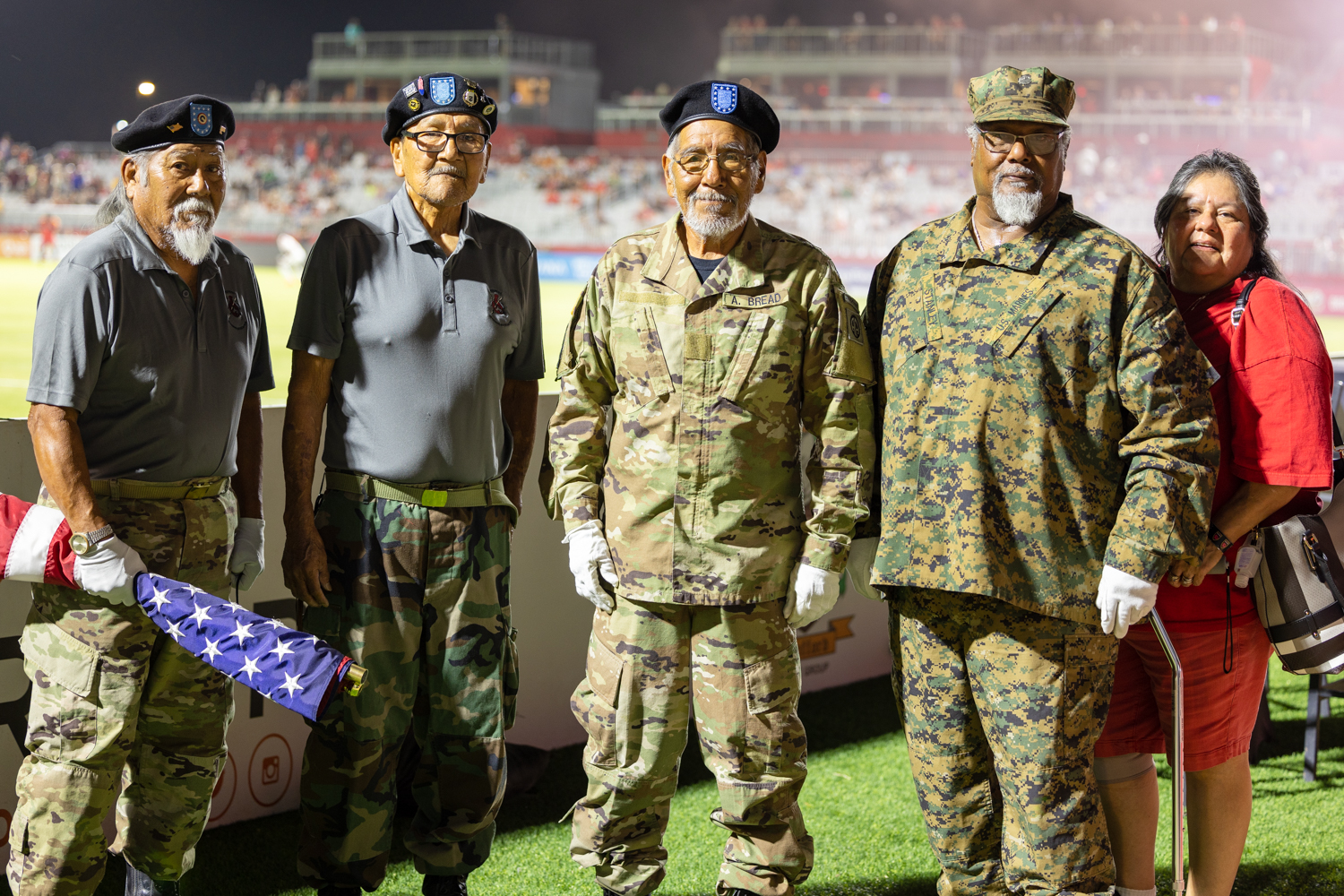 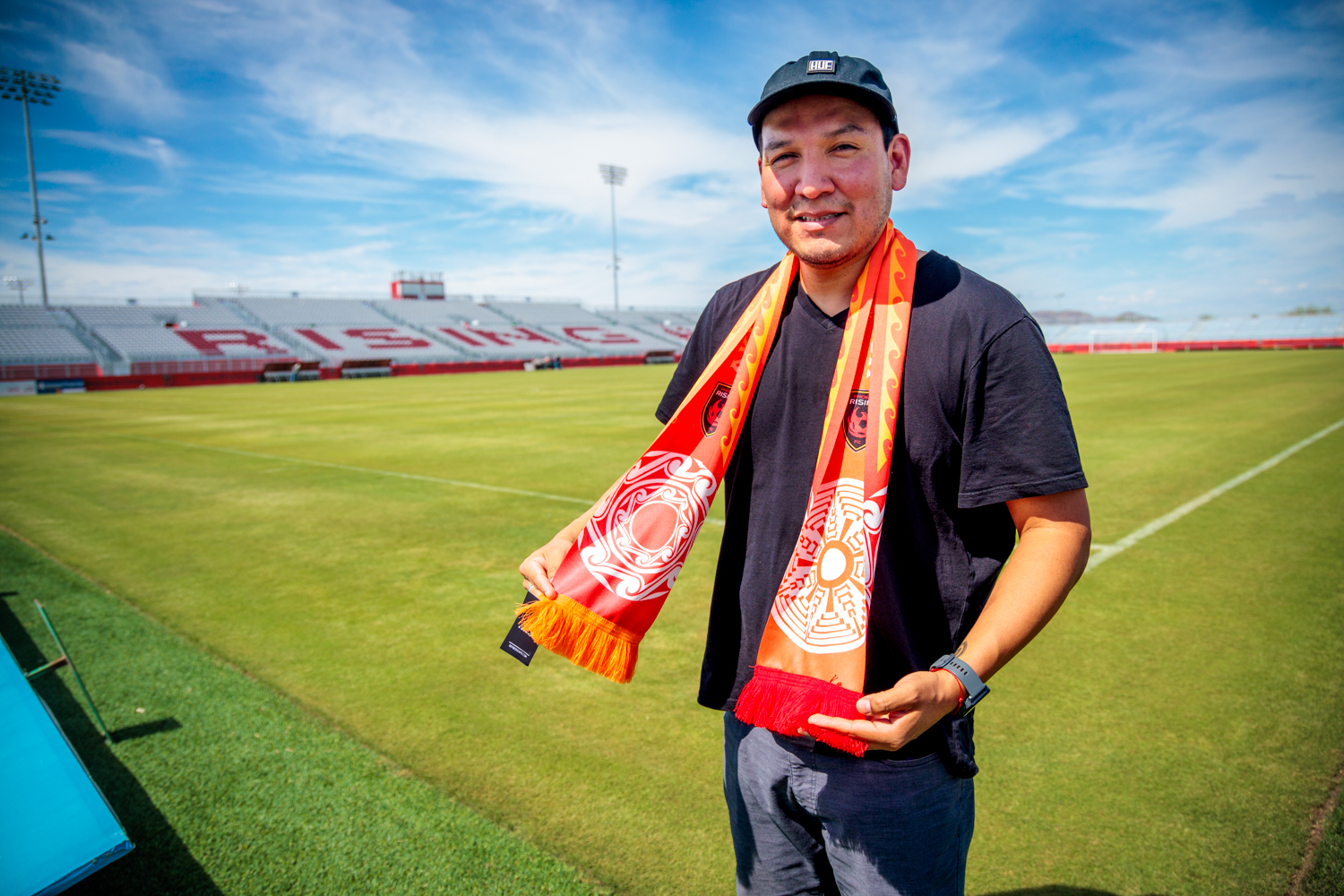