Football season has officially started across the nation. On Sunday, Aug. 21 the Arizona Cardinals faced off against the Baltimore Ravens and the game featured six flag football teams from across the Valley to scrimmage for the halftime entertainment.

Eight young women from the Boys & Girls Club-Gila River Komatke Branch, took to the field at State Farm Stadium that evening to take on another all-girls team from Tempe.

“I feel good, excited and we just wanted to come and have fun like our coach told us to do,” said team captain Robin Thomas. Before playing, she and her teammates were nervous but happy about this opportunity. All the players were able to bring their families to watch, making for a nice family outing on a Sunday.

“I think it’s a great thing for all of these young ladies to get out there and experience what it’s like to be out there on the field,” said coach Peters. “After living through COVID the last few years it’s great to be able to come out here, do this again, and feel like we’re going back to normal.”

During halftime all six  teams played throughout the field.

The opportunity was made possible by partnering with the Arizona Cardinals and Gila River Resorts & Casinos. In previous years different teams from the Boys & Girls Club- Gila River branches would regularly participate in these halftime scrimmages.

The scrimmage match is part of the NFL’s Play 60 campaign designed to tackle childhood obesity by getting kids active through in-school, afterschool, and team-based programs, online child-targeted outreach on NFLRUSH.com, and many partnerships with like-minded organizations. 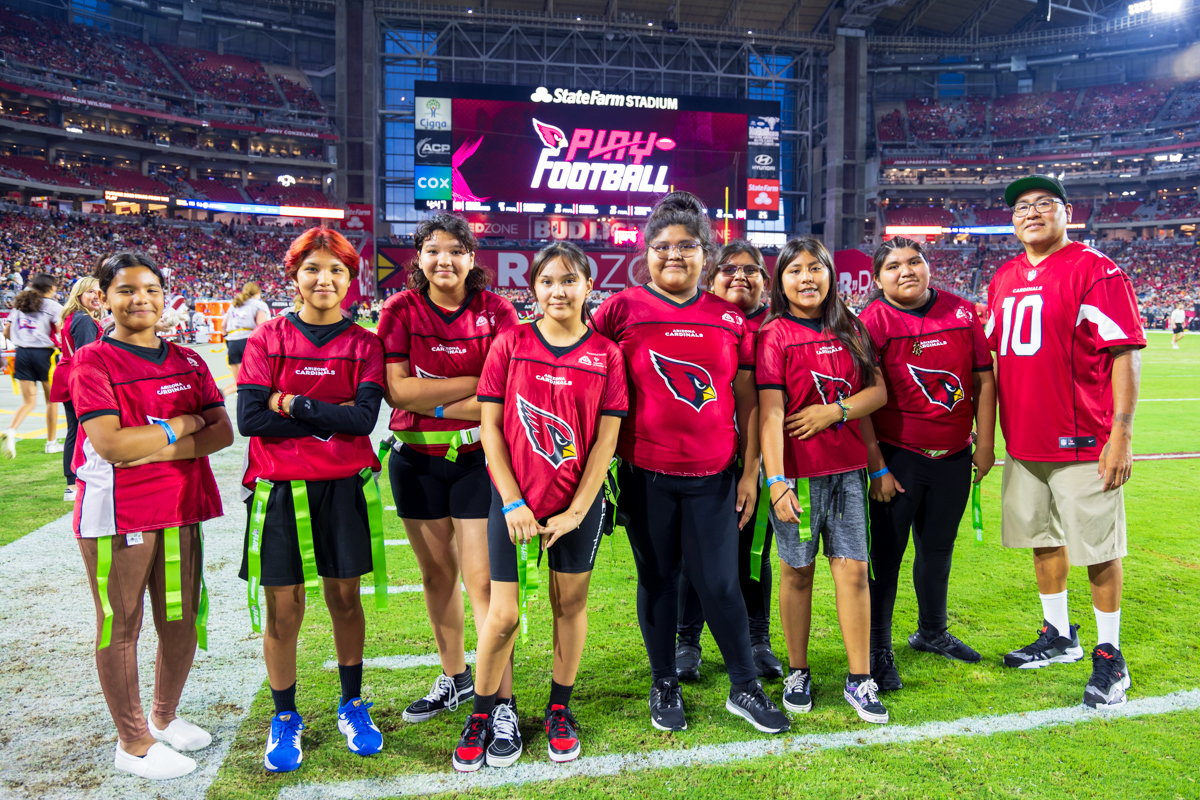 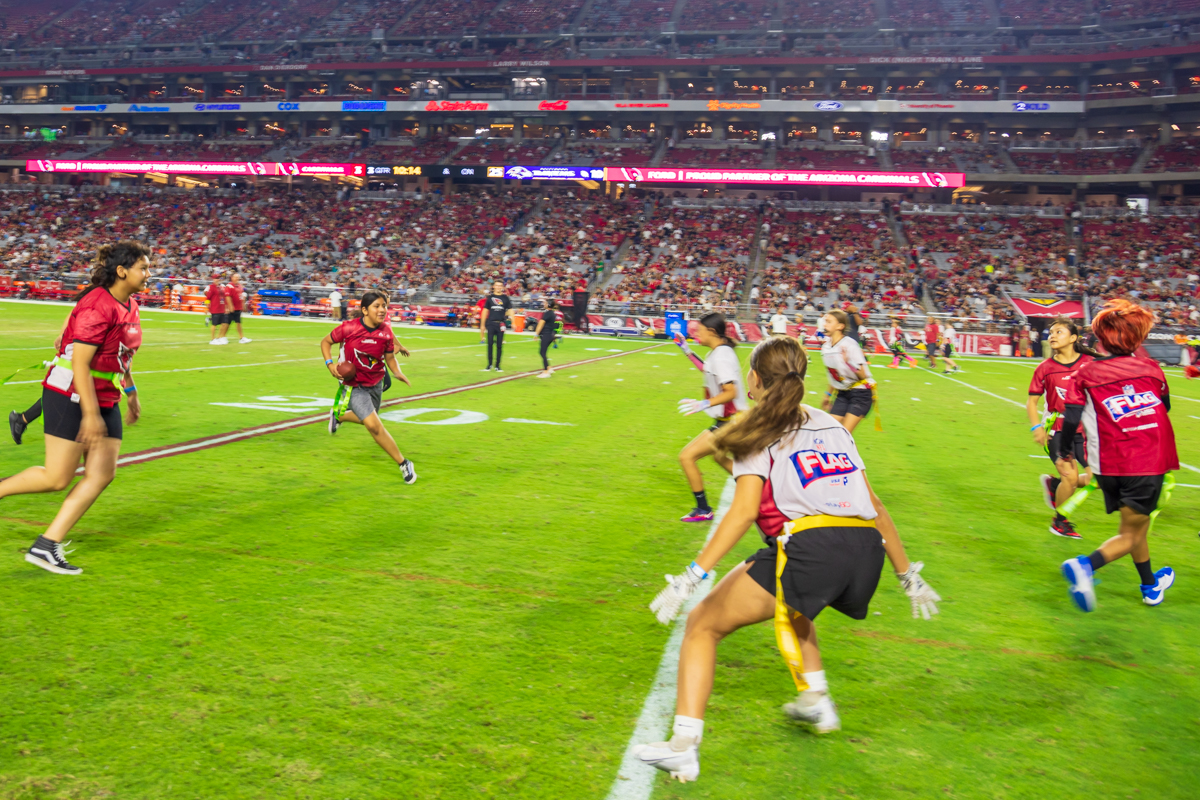