During their opening reception Thursday, Aug. 25, Gov. Stephen Roe Lewis served as the keynote speaker kicking off the conference at the Walter Cronkite School of Journalism and Mass Communication at the Arizona State University Downtown Campus.

“It’s an honor to address you and be here with you all who represent the best and brightest, who represent media and journalism in Indian Country,” said Gov. Lewis. “To see what’s occurring with this movement of Native journalists here is showcasing the growth of our journalism professionals throughout the country.”

Gov. Lewis spoke of the unprecedented events facing Indian Country today, including the COVID-19 pandemic, voting rights, ICWA, infrastructure, and more.  These issues are many that sometimes go untold, so he encouraged everyone to consider their place and use their journalism skills to tell these stories.

“You journalists, are the voice of Indian Country, there’s no question about that, so it’s critical that you know the role you play,” said Gov. Lewis.  “It’s important that we have Native journalists because you know the Native American experience, from policy to culture and tradition, and that you share the stories that affect Indian Country accurately.”

This year’s NAJA Conference was the first in-person conference since 2019.  Many were thrilled to see a return this year, and the organizers were glad to hold the event in Phoenix. “Indigenous journalists have so many special and unexplored stories, and it’s just a powerful community to be around again after three years,” said Rebecca Landsberry-Baker, Executive Director for NAJA.

This year NAJA partnered with ASU and secured time for participants to tour the Walter Cronkite School of Journalism and Mass Communication and the Indian Country Today (ICT) studio. Landsberry-Baker said it was great to allow everyone to see ICT, test their new studio skills, and understand more about broadcast journalism.

The Gila River Basket Dancers and Pee Posh Bird Singers provided entertainment for the reception.  They performed several bird songs for the audience before inviting the audience to join them for their final performance. 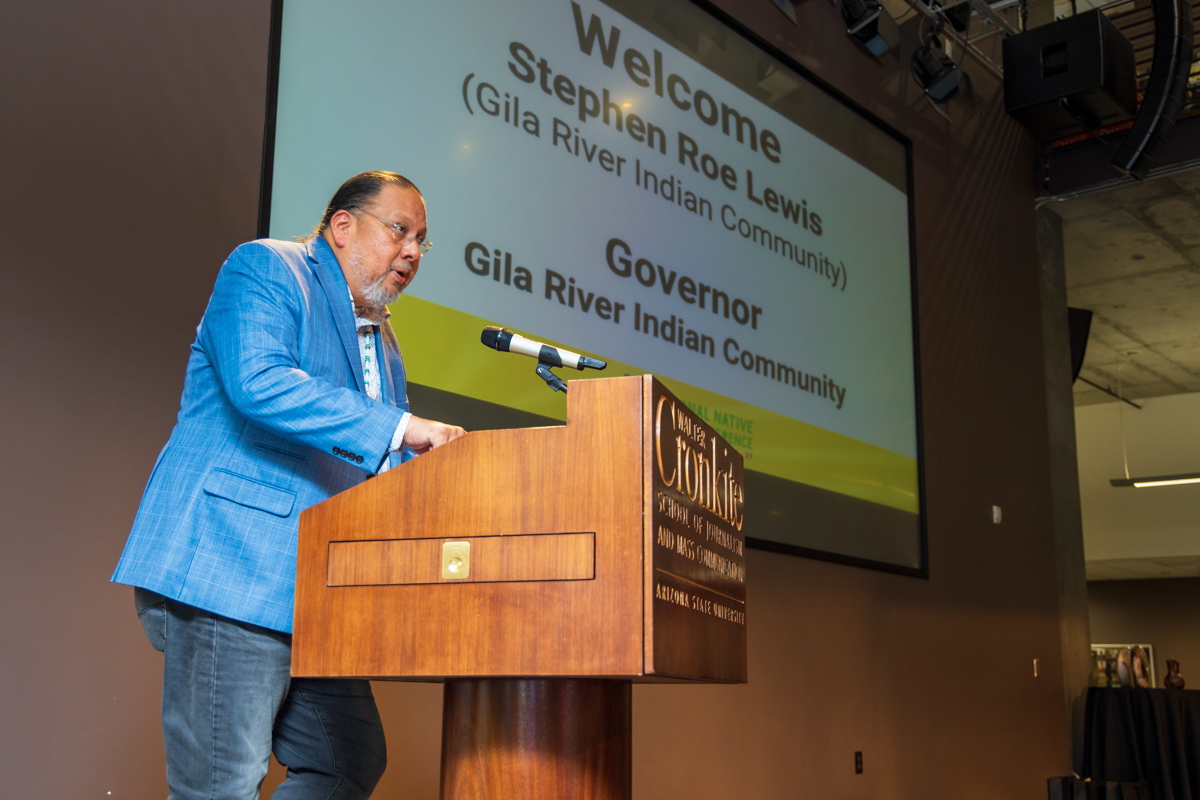 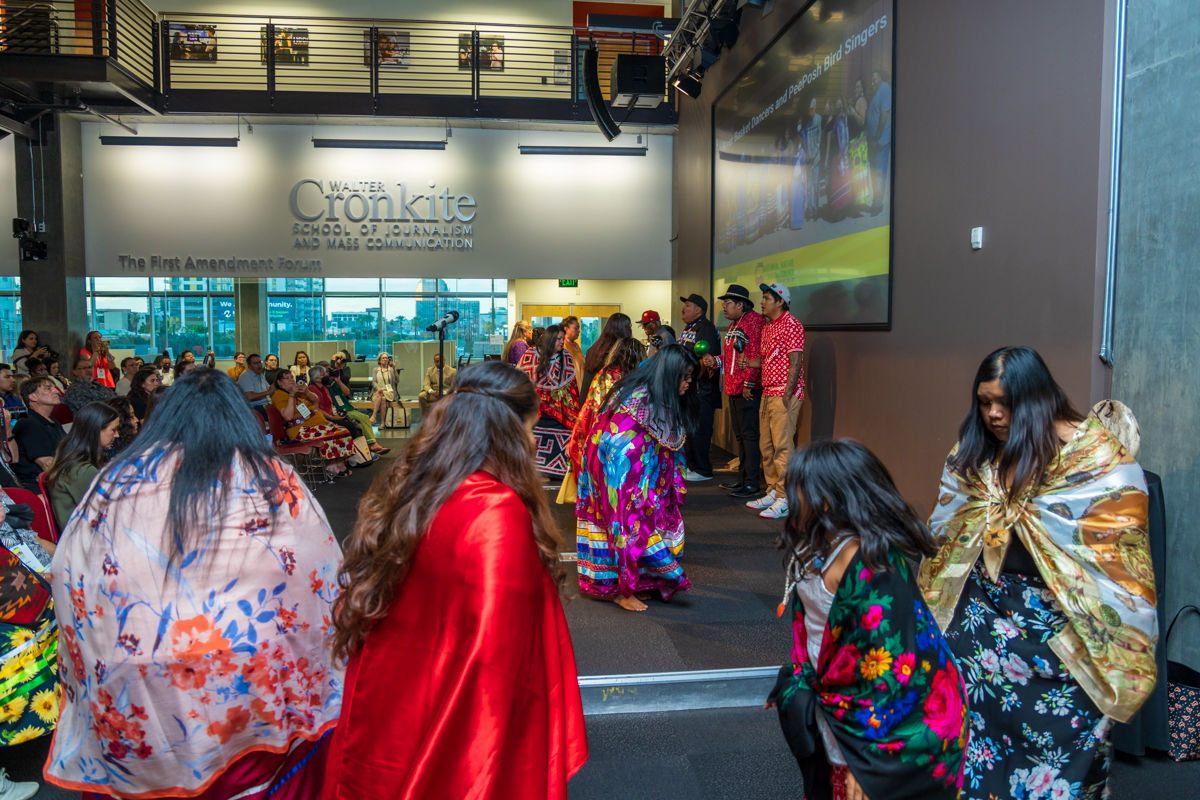 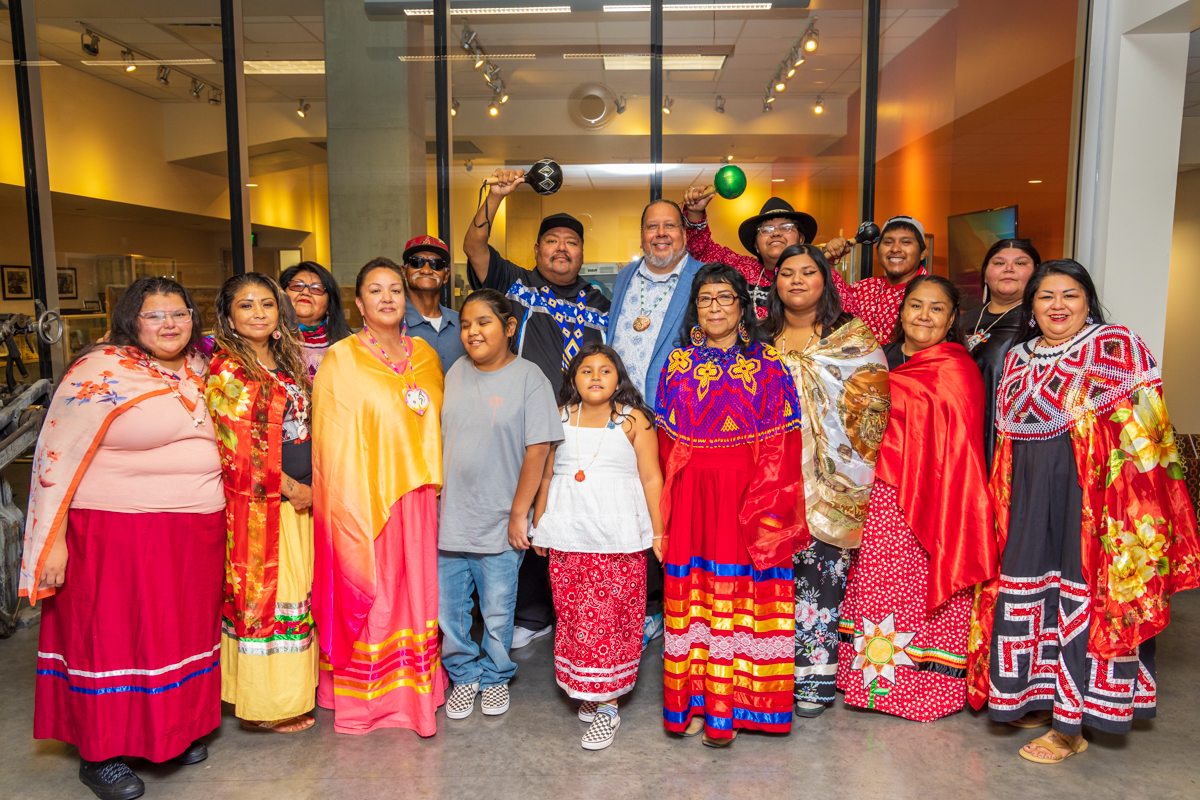