The Gila River Indian Community has been designated a “Purple Heart Community” by the Military Order of the Purple Heart – Department of Arizona (MOPH-Dept. of AZ) on Aug. 26. The MOPH-Dept. of AZ is part of a national organization for combat wounded veterans.

On Friday, Aug. 26, a ceremony was held by the Veteran & Family Services Office (VFSO) where a proclamation of the Gila River Indian Community was presented, declaring GRIC a purple heart community, signed by Gov. Stephen Roe Lewis and Lt. Gov. Monica Antone.

“This is a tremendous honor for our Community, that we honor our veterans, those purple heart recipients; It’s such a high honor,” said Gov. Lewis.

The purple heart medal, initially created as the Badge of Merit in 1782, is the oldest military decoration and is presented to those that have been wounded or killed in combat.

67 GRIC members have been awarded the purple heart for their sacrifice, including 23 who gave the ultimate sacrifice.

The GRIC proclamation “recognizes and honors the service and sacrifice of our nation’s men and women who are wounded or killed during service to protect the freedoms enjoyed by our communities and nations.”

Gov. Lewis said, “It is important that we acknowledge our purple heart recipients for their courage and show them the honor and support that they truly deserve.”

GRIC is one of two tribes in the state to be recognized as a purple heart community by the MOPH.

“This is something that is near and dear to every veteran,” said Eric White, MGySgt USMC retired. He is the Coordinator for the VFSO.

The MOPH-Dept. of AZ approached VFSO to designate GRIC as a purple heart community in 2020. However, initiatives were stalled due to the COVID pandemic.

Eventually, the proclamation was made possible through a joint effort from VFSO, the GRIC Office of the General Counsel, and Assistant Community Manager Michael Preston.

Held at the new District 3 Multipurpose Building in Sacaton, the event was limited to 50 guests due to COVID restrictions.

Purple Heart recipient David Molina, District 1, said, “It’s pretty neat.  I kind of like getting to recognize what we did in the war and stuff like that, even though we kind of paid a price for being there doing what we wanted to do, help other people.”

Molina is U.S. Army veteran, who served in the Vietnam War.

VFSO continues to serve and assist veterans and their families in the Community.

“We help every veteran that there is, as long as they’re a service member, we’re there for them,” said White.

He shared some citations of the veterans that received the purple heart medal.

The late Joshua Morris, District 6, U.S. Marine Corps, was awarded the Navy Cross, the second-highest military honor, next to the Medal of Honor.

“We’re looking to see whether we can get him upgraded to a Medal of Honor,” said White.

PFC Morris served in WWII in the battle on Guam, fighting Japanese forces, and received recognition for his heroic actions on July 26, 1944.

He gave his life to save his platoon while they were withdrawing under a “bitter and uneven battle” against Japanese forces.

“With his courageous initiative and with complete disregard for his own safety, he advanced alone towards the enemy, whose exact position could not be located in the dark,” explained White.

PFC Morris began shouting at the enemy, tricking them into responding and revealing their position, thereby assisting his platoon to move forward.

He then voluntarily remained to cover his platoon, defending his position against the enemy where he was fatally struck. He was 20 years old.

“This young man’s bravery has made possible the successful withdrawal of his platoon,” said White. “These are the things that you don’t see and you don’t hear about every day and this is just one of the veterans here in Gila River.” 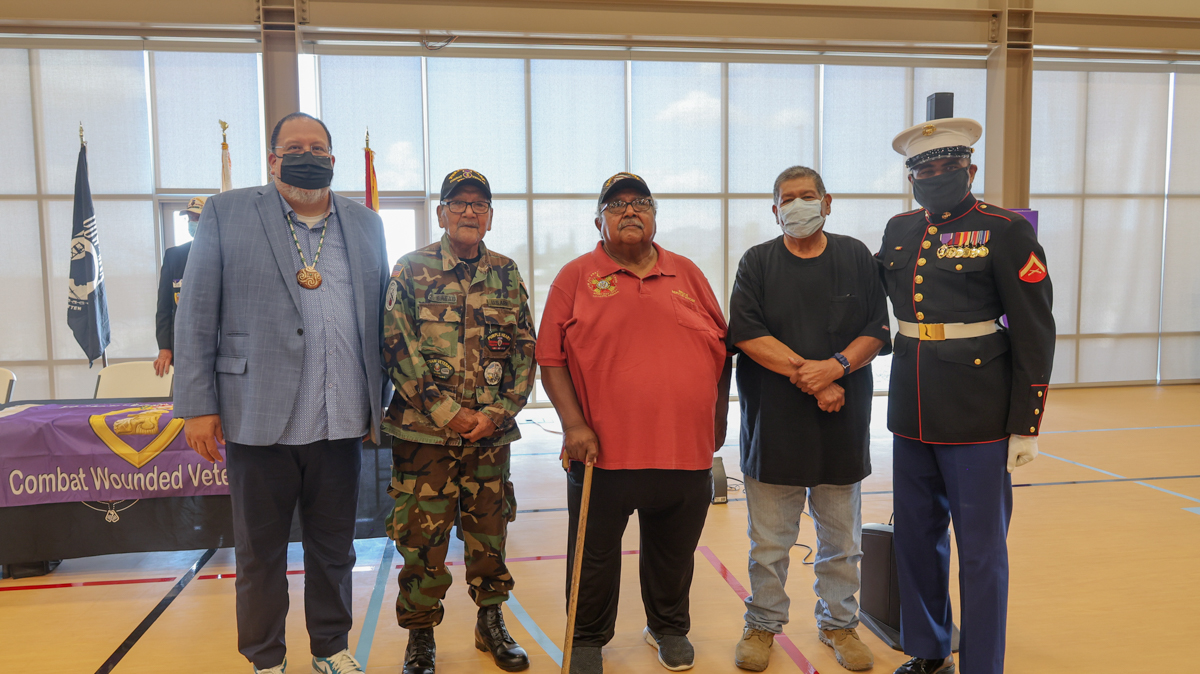 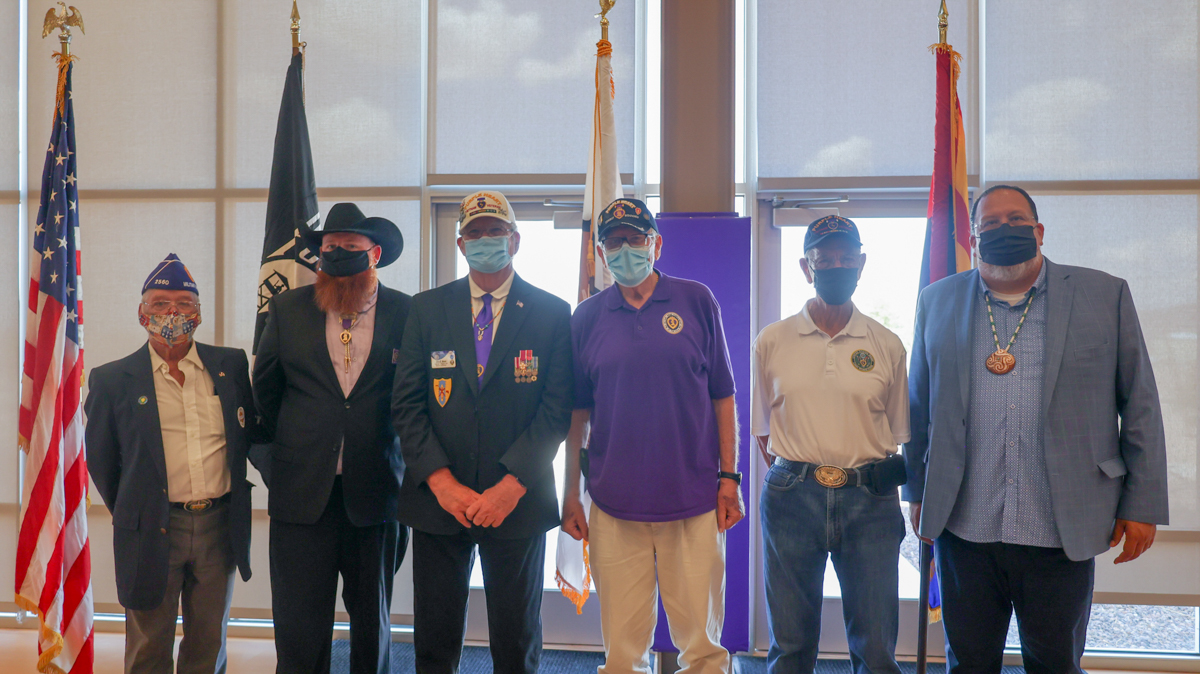 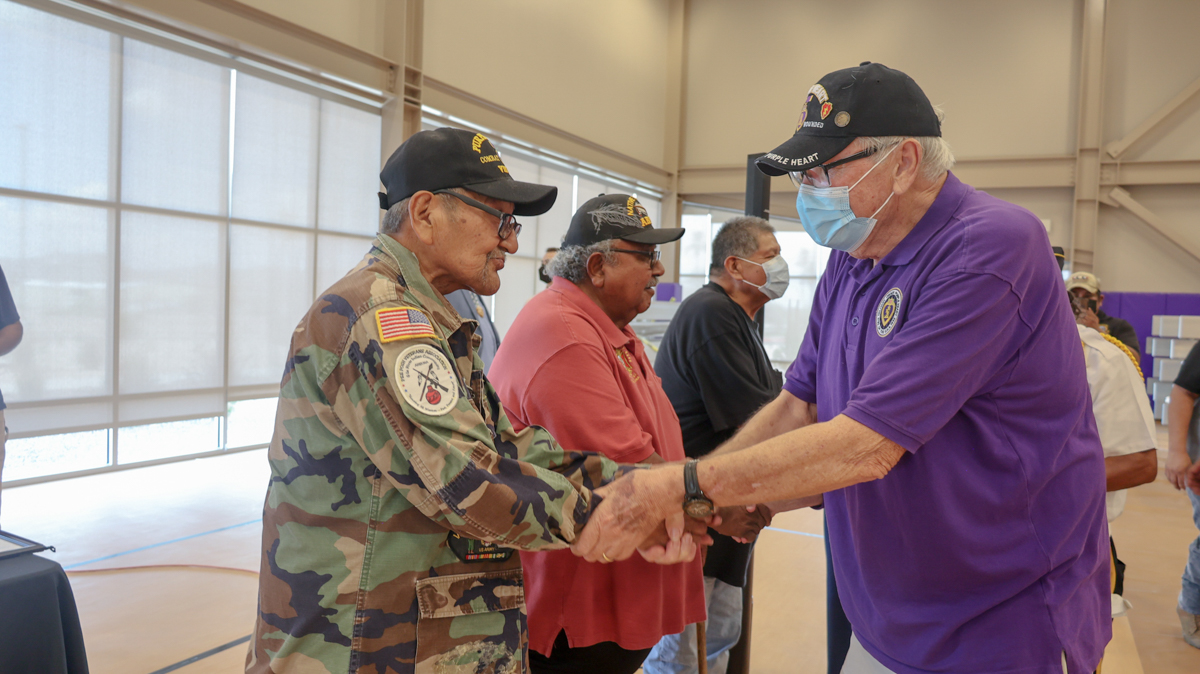 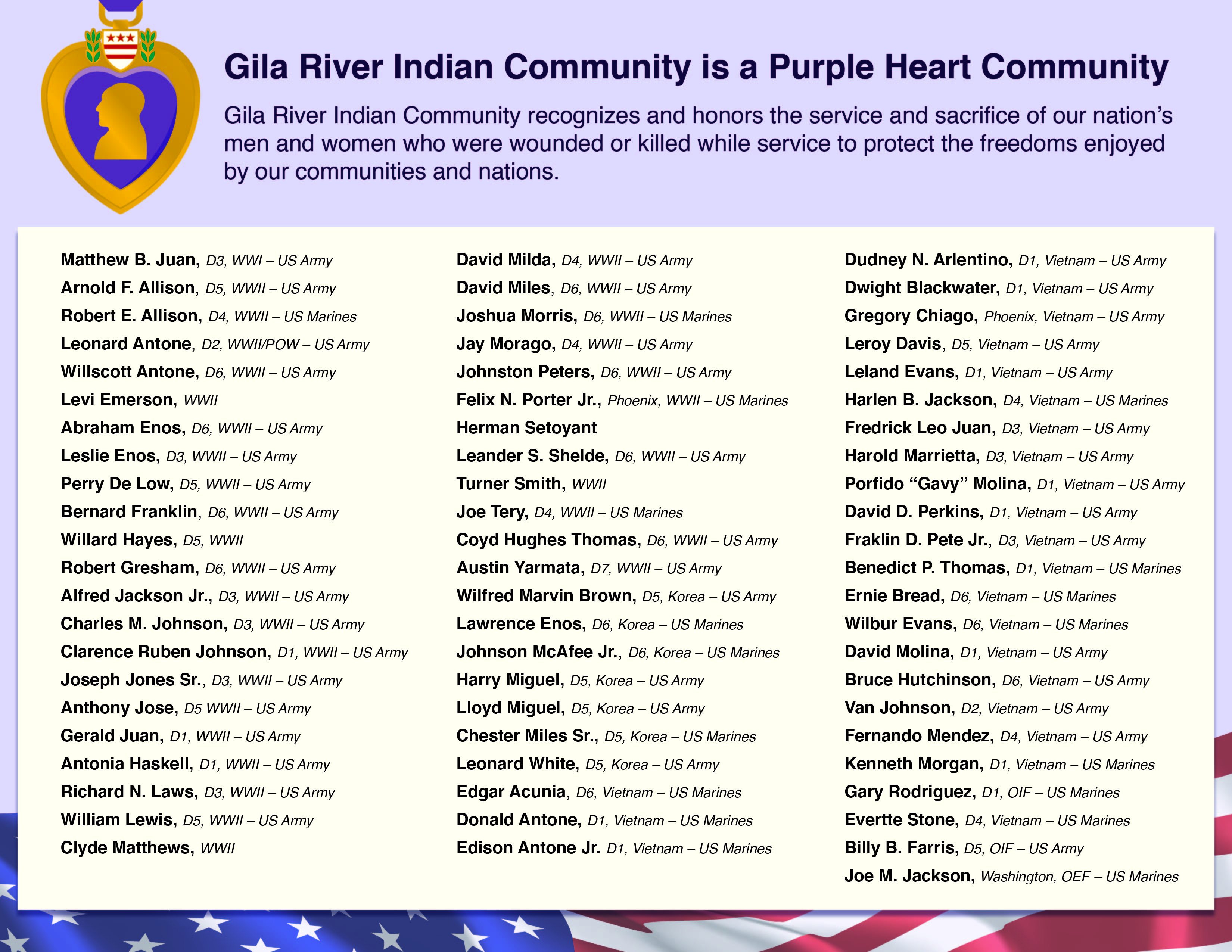