GRIN Articles > Signing of H.B. 2705 Allows Traditional Regalia to be Worn at All Arizona School Graduations

Signing of H.B. 2705 Allows Traditional Regalia to be Worn at All Arizona School Graduations

“When I heard stories of our community members being discriminated against, not being allowed to wear our traditional regalia, whether it’s our shell necklaces or traditional attire, as a tribal leader, I felt duty-bound to get involved and back this bill,” said Gov. Lewis.

Governor Lewis played a critical role in H.B. 2705’s passing, testifying in committees before the state House and Senate.  The bill was approved with sweeping majorities in both houses.

“Anyone celebrating one the proudest moments of their life should be able to wear items that represent their traditional culture and belief,” said Gov. Ducey. “After all, it’s oftentimes this culture and tradition that propel young people through school and afterward to graduation.”

Gov. Ducey credited the work of Gov. Lewis and student advocates like Whitehair and Pereira for pushing this legislation “over the finish line.”

Marlena Whitehair, District 3, was in attendance for the signing. During her senior year, she was denied wearing her tribal regalia, including the stole the Tribal Education Dept provided to students. She shared her story of overturning the decision by educating her school administration and helping them understand her regalia’s importance.

“I feel relief that no one else has to feel the frustration of not being heard, and I’m so grateful that now that my younger brother, cousins, and other youth don’t have to go through that rejection,” said Whitehair. “And I am proud that when the time comes, they can wear what they want and proudly display their culture and tradition.”

Lourdes Pereira. Pereira is Hia-Ced O’odham. She attends Arizona State University and serves as the current Miss Indigenous ASU. “The passing of this bill means everything because this regalia is who we are as indigenous people,” she said. “It’s connected and deeply tied to our customs and traditions.”

Before ASU, Pereira attended high school in Tucson, where she fought for and won the right for her and her classmates to wear their traditional regalia at graduation. Reflecting on the signing of the bill, Pereira said: “Honestly, it’s still unreal, even after all this time and even in 2021 that it’s finally passed and done. And no one else has to deal with this. It’s kind of unbelievable that you don’t have to fight anymore.”

Whitehair and Pereira’s stories helped fuel support for the passing of H.B. 2705 from tribal leaders to Arizona senators and legislators.

Gov. Lewis said, “This is so significant and historic when this bill goes into effect for the school year and into the future, as it will continue to protect our native students’ rights to wear their tribal regalia.” 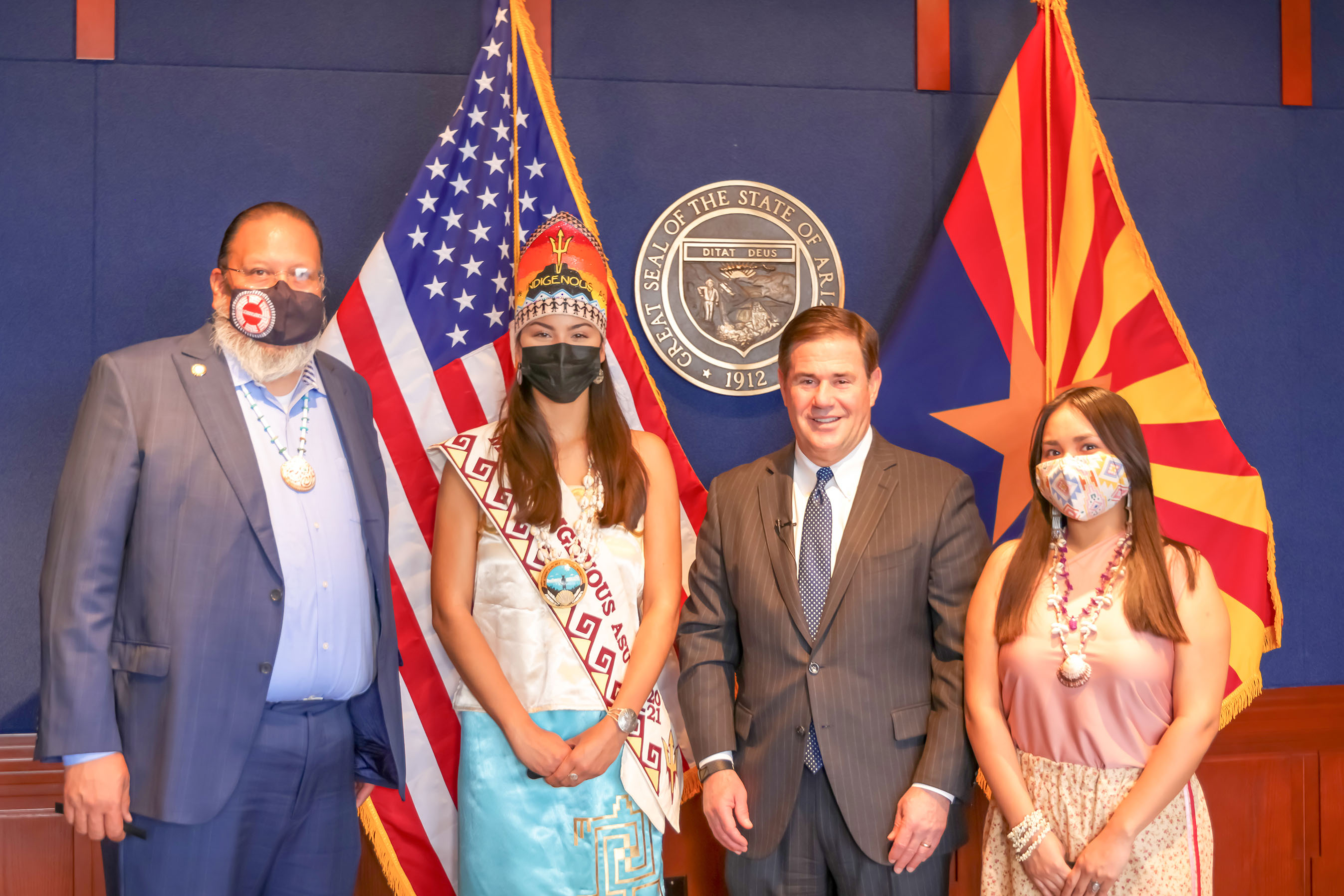 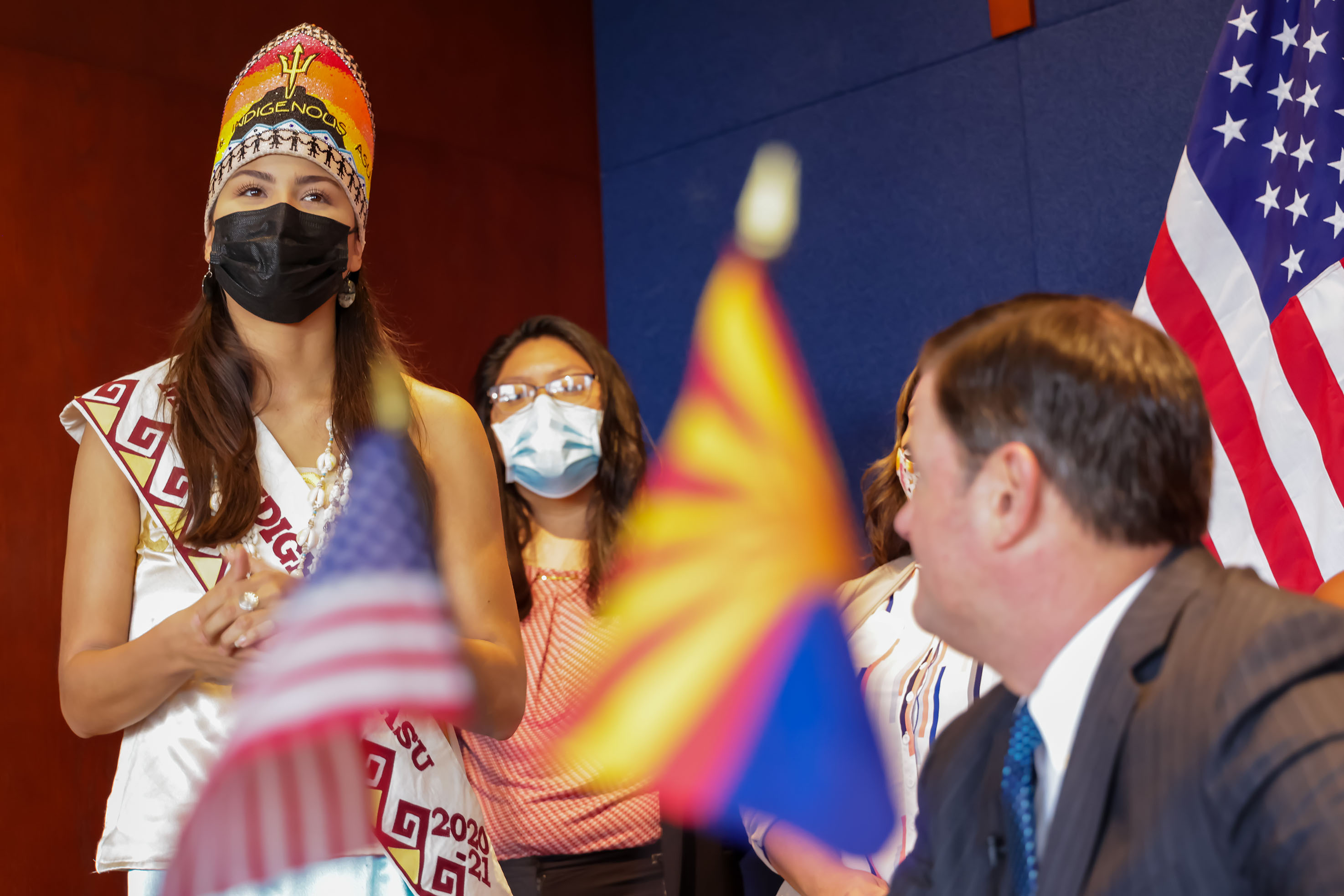