Officer Jason Greeley is a Gila River Indian Community member who grew up in Coolidge, Casa Grande, and Mesa. He served eight years in the U.S. Marine Corps as an infantry rifleman, where he completed a number of deployments to Iraq and later served as a Drill Sergeant. His parents are Jason Sr. and Shannon Dobbs. He and his wife Andrea have four children.

Greeley said, “Coming back here, it’s been a true blessing. It’s been an honor, for one. … This has been a huge learning experience for me because I didn’t grow up out here.”

He said, “It’s pretty awesome to come out here and serve the Community along with learning about the Community at the same time. I’m just super excited to meet the people and learn as much as I can.”

Officer Carlos Campos was born and raised in Mesa. He earned an Associate’s Degree from Mesa Community College and Bachelor’s Degree in Criminal Justice from the University of Phoenix. After spending eight years as the manager of a bank, he says he is excited to begin serving with the GRPD, where he feels like he is more than a number in the ranks, but a member of a family.

He said, “Thank you to the Police Department and also to the Gila River Indian Community for giving me an opportunity to work and do my best to make a difference within the community.”

Officer James Kennaugh comes to Arizona from Illinois. After high school, Kennaugh served in the medical field while serving in the U.S. Air Force. He is still in the Air Force in a reservist capacity and is working to complete a degree in pharmacy technology and aerospace medicine.

“I grew up in a small community,” he said, “so being able to work for a small community is near and dear to my heart. I’m a community-oriented person, so I like to get out and talk to people and I feel like I can accomplish that here.”

All three officers expressed gratitude to the GRPD and Gila River, and said they are looking forward to serving and learning about the Community. 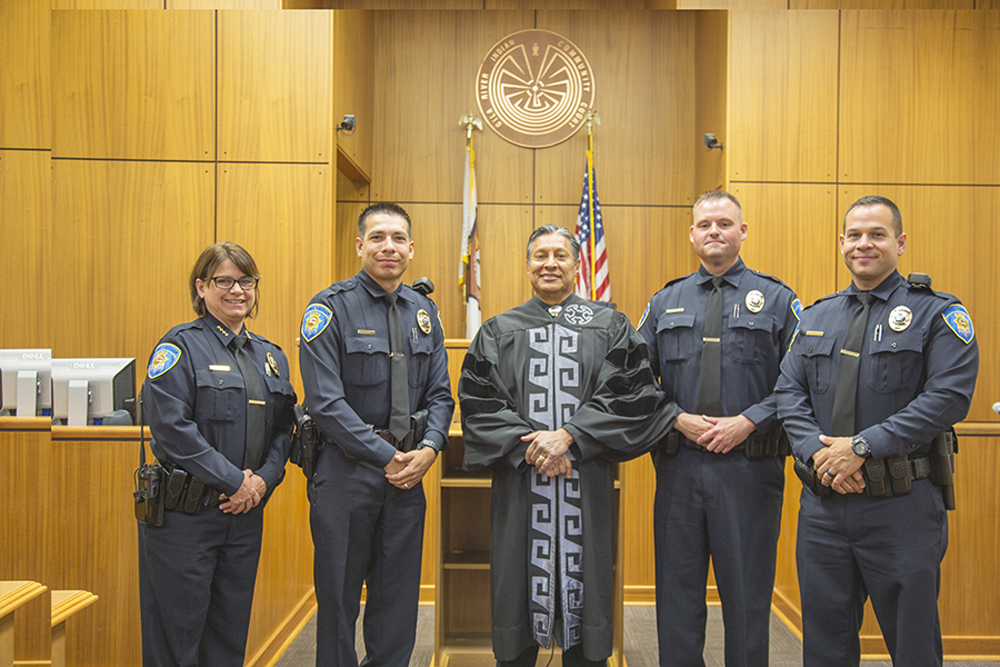